Everydayness of Muslims in Contemporary India 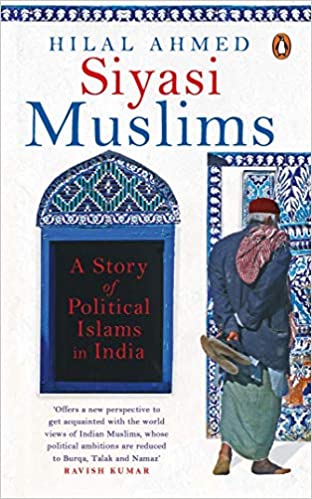 The interplay between religion and politics has been the quintessence of political discourse in postcolonial India. Hilal Ahmed’s Siyasi Muslims: A Story of Political Islams in India is an attempt to define Muslim political discourse in postcolonial India. The book raises some pertinent questions about Muslims in India, and tries to make sense of these questions other than offering some grand narrative of political Islam. Some of these directly concern Muslim issues, Muslims as a political community and the socio-cultural sources that contribute to Muslim political identity in contemporary India.

In answering all these questions, Hilal Ahmed while analysing politics and Islam, treads a very different path transcending the usual narrative of Muslim victimhood and Islamic separatism. Muslim politics has always been understood in a negative sense. The author argues that, the aim of this book is not to define Muslim politics in India per se, rather a ‘political discourse and an intellectual mode through which certain specific notions of Muslim identity are produced and sustained.’ The very title of the book Siyasi Muslims has been used to describe a very popular yet stereotyped perception of Muslims of India, often termed as informed and conscious but untrustworthy and disloyal to the nation. Muslims have been described as a politically reactive community.