A Macro and Micro Analysis 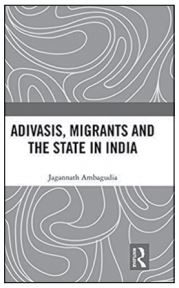 Earlier this year, while the country witnessed protests against the newly amended Citizenship (Amendment) Act 2019 (CAA), the Bharatiya Janata Party’s senior leader and the then Chairperson of the National Commission for Scheduled Tribes (NCST), Nand Kumar Sai, claimed that Bangladeshi migrants were taking advantage of the simplistic nature of tribals in the State of Chattisgarh. According to a news report (BBC Hindi: 2020), Sai said that, ‘these migrants have encroached the land and houses of Adivasis. They are cutting down trees and grabbing land. By marrying tribal girls, they have forayed into electoral politics. In fact, due to these migrants, the tribal society is facing a crisis.’ment of India during the past sixty years in different parts of the State, most notably in tribal concentrated districts such as Kanker. According to another report (PTI: 2020), a number of tribal representatives had also raised these issues during the Commission’s visit to the State. ‘The government resettled a large number of Bengali refugees who came to India from East Pakistan [now Bangladesh] after Partition, in Odisha, Ma

The adivasi leader was referring to the migrants of Bangladeshi origin who had been settled by the Governdhya Pradesh and the Northeast, under the Dandakaranya project that started in 1958. Many more came after the 1971 India-Pakistan War,’ an NCST official told the news agency PTI. The NCST also asked the State government to probe into the complaints of ‘the refugees “displacing” a large number of tribals from their land and “inflicting atrocities” on them.’