Ethnography of a Tradition 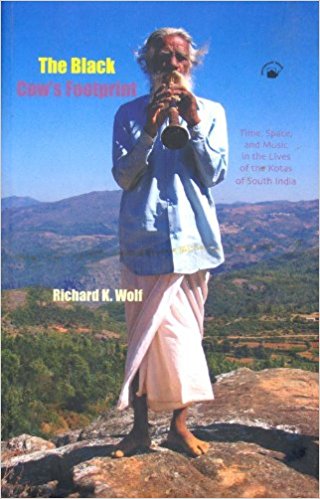 The Kotas are a group of indigenous people who have shared their upper Nilgiri homeland in South India, with the Todas since ancient times. They occupy seven villages and number just over 1500 persons. Until a few decades ago, the traditional groups of this area – the Todas, Kotas, Kurumbas and the Badagas had a successful system of economic interdependence. In this set up, the Kotas provided the music and the pottery for the others. They were also the blacksmiths and farmers. Richard Wolf, an ethnomusicologist from the University of Illinois, spent two years at one Kota hamlet, Kollimel, from 1990, doing his doctoral studies. I remember him as highly motivated and learning to dance with the Kotas from the outset. This book is thus a scholarly tome that a lay reader might find somewhat difficult to absorb. He introduces the reader to different aspects of Kota life including the general term for their hamlets: Kokaal, which has both ‘cow leg’ and ‘Kota place’ as etymologies. The latter asserts them as a unique tribal community and the former integrates them within a sacred Indian world.