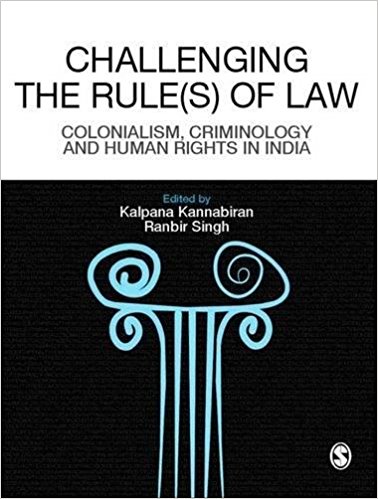 The book is, both a challenging and an exciting preposition, challenging, because it brings together the intellectual initiatives of the nineteen contributors drawn from different social sciences disciplines, working on diverse crime themes, in pre-colonial, colonial and postcolonial time-frame in one large volume; and exciting, because it endeavours to run the two thought streams, namely, human rights and criminology in almost all the essays.

The book is a fall-out of a larger Ford Foundation Project: Strengthening Criminal Justice and Human Rights in India.1 The location of this project in NALSAR, a distinguished National Law School of India seems to have contributed to the outcome of the project that has remained, by and large, theoretical and, at best, a critical overview of Indian crime realities. Hence, most of the essays lack any kind of recipe for strengthening the criminal justice or human rights. As a matter of fact what appears to have emerged and rightly so is a picture of the inherent antagonism between criminal justice and human rights. The task of strengthening lies beyond this antagonism which most of the essays find not worthwhile to traverse.

Another feature of the venture is its sociology of law orientation and obvious Baxi-centrism. Criminal law in the courts as well as in the academe in India is still largely understood in terms of analytical tradition that makes it primarily concerned with normative fidelity. This fact has been largely responsible for a weak understanding and tradition of sociology of law in India.