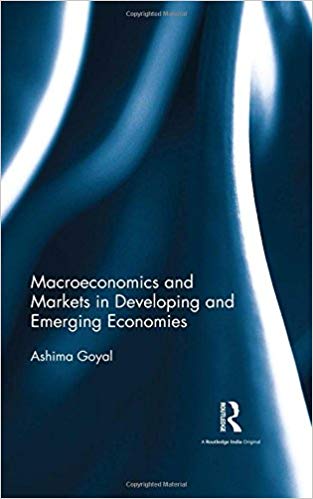 With the world still reeling under what has been correctly identified as the biggest crisis since the Great Depression, interest in macroeconomics as a subject has got reignited. The crisis which originated in the US later spread across Europe and has also adversely impacted the so-called ‘emerging’ economies. Since this book addresses the latter, it is important to see it in the light of the Global Financial Crisis (GFC) and the churning going on in macroeconomics as a subject.

Keynesian economics has been broadly divided into two camps, which draw their lineage from the old camps of a similar nature. The old camp was divided between the two Cambridges of the MIT, USA and of Cambridge University, UK. The former constituted of economists like John Hicks, Paul Samuelson, James Tobin came to be known as the Neoclassical Synthesis, whereas the latter constituted of Keynes’s contemporaries like Michal Kalecki, Joan Robinson, Nicholas Kaldor, which was named as the post-Keynesian Economics. In line with the old division, the two trends today have kept this debate, albeit in a more elaborate and nuanced form, alive. On the one hand, the New Keynesian economics (the current mainstream macroeconomics) stresses on the rigidity in wages and prices (resulting from efficiency wages, insider-outsider models etc.) as the impediment to full employment in the economy. These rigidities, therefore, open the possibility for policy intervention in the short run but only in the short run. On the other hand, contemporary post-Keynesians stress on the role of money and expectations in explaining involuntary unemployment. In fact in sharp contrast to the New Keynesian tradition, Keynes’s own analysis of unemployment was developed in a world of flexible prices (with rigid nominal wage), thereby showing that rigidity of prices was never at the core of either explaining lack of demand (or involuntary unemployment) or effectiveness of policy.