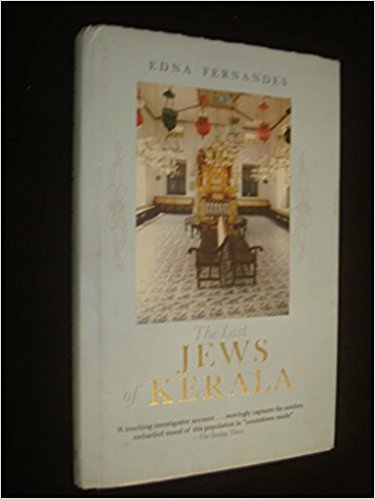 Edna Fernandes, a British Indian journalist, has written about the Kerala Jews ‘charting their rise and fall, from their heyday to a decline in the twentieth century and the twenty-first century denouement’. The account, in the words of the author, is ‘a mixture of interview and confession, archive and diary’ (p. 9). Weaving history with story telling the author recounts how the fortunes of this once vibrant community was destroyed by apartheid, inter-breeding, mental illness and the exodus from Kerala after the creation of Israel in 1948. Fernandes takes us on a fascinating journey through the maze of history spanning more than two thousand years when the first Jews landed on the Indian shores, sailing from Israel on trade missions from the court of King Solomon. According to the author the early Biblical accounts depict sailors and merchants docking at Kerala’s main harbour, charged with procuring spices and exotic treasure such as elephant’s tooth, peacocks and apes.

Nathan Katz and Ellen Goldberg in their work The Last Jews of Cochin: Jewish Identity in Hindu India note that the Hebrew Bible contained a number of words which were similar to Sanskrit and Tamil, indicating that there were contacts between Solomon’s kingdom and India (p. 78).

Though the available history is obscured by folklore and fable, historians say that the Jews came to Kerala as merchant traders and settled as early as 700 BC for trade. A further trickle of settlers came to India several centuries after the Babylonian ruler Nebuchadnezzar razed the First Temple to the ground in 586 BCE. The foundation for the Second Temple was laid by 520 BCE. Some five hundred years later in 19 BCE, Herod restored it to its original grandeur. But the Romans crushed the Jews again and smashed the Temple to pieces and leaving only the sacred Western Wall or Wailing Wall standing. The Jews of Cochin in Kerala came in large numbers to Cranganore—an ancient port near Cochin—after the destruction of the temple in 70 CE. As the author says, ‘Out of the fire and devastation of Jerusalem, thus a community of Jews was delivered on the west coast of Kerala’ (p. 81).