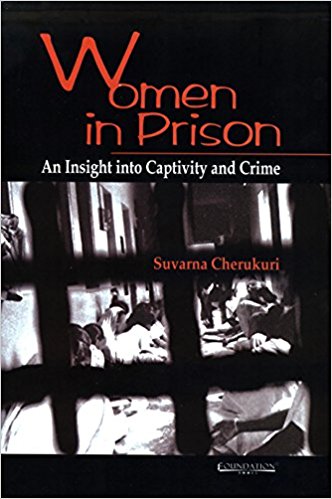 Behind Bars
Mahuya Bandopadhyay
WOMEN IN PRISON: AN INSIGHT INTO CAPTIVITY AND CRIME by Suvarna Cherukuri Foundation Books, 2009, 147 pp., 495
April 2009, volume 33, No 4

Fieldwork in a ‘total institution’ is perhaps among the most challenging sites for ethnographic exploration and Suvarna Cherukuri’s attempt to represent the lives of women in a prison in India, is commendable for taking up this challenge. The book is based on fieldwork conducted over a three and a half month period in the Chanchalguda women’s state prison in Hyderabad. The author attempts to understand the power structures that define the lives of women prisoners, both within and outside the prison and argues that there is a continuity between the structures within and outside. While this may be an obvious and expected argument for a feminist sociologist, the book offers interesting ethnographic insights into women’s worlds within prison and outside it, especially in the context of women as perpetrators and victims of dowry. There are six chapters, of which the first three outline the theoretical perspectives, the historiographical setting and the methodological orientation of the study.

Two chapters focus on the ethnography of life in prison and feature some of the narratives of the women prisoners. Chapter 6 is the conclusion, which summarizes the highlights of the chapters and presents a discussion on the policy implications of women’s crime and its response through incarceration, and a critical comment on the lack of engagement of civil society in issues of punishment and rehabilitation. In her words, ‘the book tells a story. A story narrated by the incarcerated women prisoners’. But to my mind, this story is lost in the reviews of theoretical approaches to female criminality and discussions on the historiographical silencing of women prisoners as a category in understanding penology and crime in India.

The author has attempted to combine the anthropological methodology and style of doing fieldwork and the sociological theoretical perspectives on feminism and criminality in this research. However, she does not pose the problematic and complex issues that emerge from attempting such a blend. The chapter on methodological framework and positioning the self could have made a significant contribution to the discussion on using traditional fieldwork methodology to an unconventional site as the prison. But this chapter remains at best, a systematic listing of factual information. One instance of the author’s lack of critical engagement is implicit in her statement: ‘The superintendent and officers were absolutely non-intrusive. They were very helpful and did not impose any restrictions’. When is a total institution non-intrusive? Was there no surveillance of the author or of the research process? If not, this contradiction between a defining characteristic of the prison, i.e. control and its practice, i.e. non-intrusiveness, presents a curious paradox and a sociological insight, which needs further analysis. It is interesting to note that in her discussion of life in prison, the author addresses the invisible ways in which control is exercised in prison. One wonders whether there were similar mechanisms of control exercised on the fieldwork process.