Earthquake as Wake Up Call 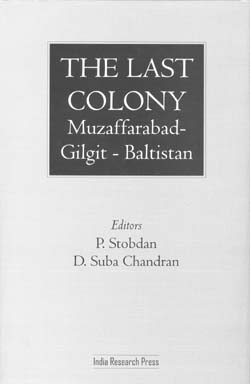 Despite the strategic importance of the region comprising Muzaffarabad, Gilgit and Baltistan for all the four countries around its periphery, India, China, Pakistan and Afghanistan, it is a fact that none of them have ever taken a great deal of interest in it. Then the great earthquake happened in October, 2005, and the entire international community sat up and took notice, not only of the people who were affected, but, as is the wont of that community, of the human rights situation, the democratic deficit, Jihadi influences, sectarianism and so on. Till that time Pakistan, which is in occupation, treated the region in a cavalier fashion; at one time, for instance, wanting the ‘Northern Areas’ to be included in the areas for the plebiscite (for Jammu and Kashmir under the terms of the relevant UN resolutions); then administering them under the laws applicable to the Federally Administered Tribal Areas; then changing to direct administration from Islamabad. Till then, India too took very little interest beyond reiterating the claim that all this was a part of Jammu and Kashmir and therefore part of the sovereign territory of India. There has been, over the years, very little writing about the simmering discontent among the people there or about Pakistan’s often rather brutal methods of administration.

The aim of this volume is not to highlight this discontent, the human rights situation or the democratic deficit, though many of the articles in it do so quite effectively. The aim is to promote and enlarge the efforts to bring the people of the different regions of Jammu and Kashmir together so that mutual understanding increases. In an integrating world, as the Vice Chancellor of Jammu University says in his foreword, and the volume is part of the research activity of the Centre for Strategic and Regional Studies