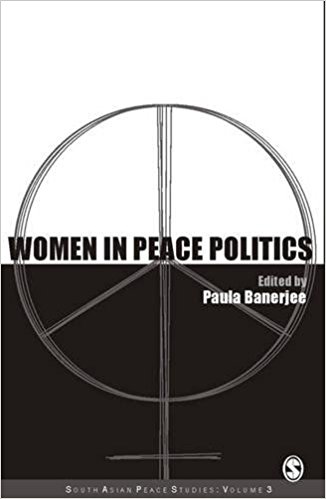 Women by their presence and agency have multiple roles in the various armed conflicts of South Asia. Their roles as combatants and peace makers awaken curiosity amongst onlookers and interest amongst researchers. Yet women and civil society actors remain outside this process to governments of South Asia who are supposedly looking for solutions. This edited collection brings together a set of concerns related to the peace aspect of women’s roles in conflict situations, and combines theoretical insights, empirical evidences, stories, pamphlets and poems around this chosen theme. Several of these essays have been published earlier but that does not detract from their relevance especially because as Rannabir Samaddar states at the outset: peace with justice has not been on the agenda of peace making in South Asia. Located in a feminist framework this bouquet for young women researchers brings back relevant theoretical insights of how feminists look at gender issues and the construction of masculinities and femininities during times of war and peace.

Cynthia Cockburn’s contribution on ‘Feminism as a Resource in Opposing Xenophobia’ theorizes on how not to think about identity by showing how it is constructed. This she argues calls for a special kind of political imagination, which can be constructed by imaging a political future when identity is provisional and not essential: ‘As contingent necessity, not as truth.’ Feminism can transcend such identity Cockburn believes and feminism is a critique of the politics of gender identity because ‘it perceives that different modes of gender differentiation are possible’.