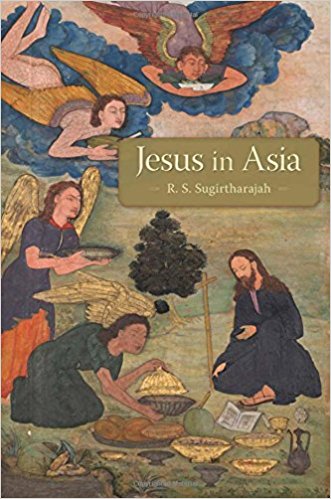 Jesus in Asia is a significant contribution from an Asian perspective to Christology, the author being a Professor of Biblical Hermeneutics in the University of Birmingham. It comes as a corrective intervention in the cultural adaptation and appropriation of Jesus of Nazareth by western academic theologians. The genius of the West to freeboot on the treasures of Asia was aided and abetted by the advantages of colonialism.

This peaked in the arbitrary and ahistorical identification of Christianity with Europe, of which Albert Schweitzer’s The Quest of the Historical Jesus (1906) is the prime example. Ernest Troeltsch (The Christian Faith, 1925) writing around the same period, held dogmatically that Christianity could not be understood, except through the prism of European culture.

Hegel (Lectures on the Philosophy of Religion, 1895) was sure that the evolution of religions culminated in Protestantism, the highest manifestation of the spiritual. Max Weber (The Protestant Ethic and the Rise of Capitalism, 1905) ascribed the economic miracle of Europe almost entirely to the genius of Calvinism. But Ludwig Feuerbach in The Essence of Christianity (1841) had gone in the opposite direction, denying the historical value of religion altogether and seeing in it only an idealized projection of human potentials. Against this backdrop, Sugirtharajah’s well-researched book is a timely intervention in liberating Jesus from the narrow prison of European cultural ethnocentrism as well as cautioning us, by implication, against getting swayed by the partisan and polarizing advocacies of our times.