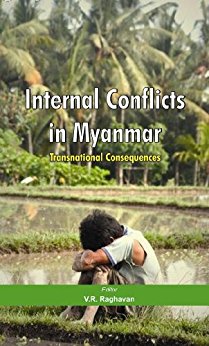 One of most serious problems that the ruling elites faced in the ex-colonial and newly independent countries is the integration of ethnic, religious, linguistic and diverse groups living within a territorial state structure created by the colonial masters for their own convenience through their policy of divide and rule. Another problem that had serious ramifications for the domestic politics and foreign policies of these countries is what the late M.N. Srinivas called ‘people living on the wrong side of the border,’ i.e., overlapping population in the borders of these countries, again a consequence of arbitrary creation of territorial states by colonial rulers. The result is not only internal contestation for political space, power, access to economic wealth and equal opportunities for each of the groups living within the territorial state structure, but these conflicts spilled over beyond boundaries to other states because of ethnic, linguistic, religious and other similarities, complicating those conflicts even more having trans-border consequences affecting other states..

The conflict situations in certain countries have also influenced the geo-politics of the region inviting international concern for reducing and diffusing tensions and in some cases an attempt to censure the ruling regimes not only for their failure to resolve those internal contradictions within their societies, but also for aggravating those conflicts by the pursuit of regime and sectarian interests at the expense of greater good of their people and citizens.

Some countries, like India, where nationalism was directed not just toward an opposition to colonial rule but also to devise ways of finding a vision of their independent country and a mechanism to resolve various contradictions both vertical and horizontal, however, were able to reduce internal conflicts to a manageable proportion and create a nation out of a colonial state. Burma or what is now called Myanmar by the ruling junta was not fortunate in that respect. For one, its national movement was not a continuous one against the colonial rule of Britain as it was interrupted by the Japanese Occupation during 1942-45, the interregnum that created a military political culture among a section of the Burmese political elite persisting even in the Independence period on sustaining military politics and rule in that country. For another, the party that emerged in the post-Independent period as ruler and mediator of the disparate groups living within the country, the AFPFL (Anti-Fascist Peoples Freedom League) was not only a hotchpotch of people of different ideological persuasions but it was also dominated by the majority ethnic Burmans, leaving various ethnic groups like Shans, Mons, Kachins, Karens and others essentially alienated from the mainstream and fighting for a political space to achieve their own vision of an independent Burma either of a federal character or a union with greater autonomy.

There are two especially difficult factors, legacies of Burmese history. The first is what the Burmese historian Thant Myint-U calls the long history of failed state and institutional building, and the second is a lack of a long-term vision of the future state. General Aung San, the father of Aung San Suu Kyi, the dissident leader, did make some attempts to create a consensus among different ethnic groups about a United Burma by signing an agreement at Panglong Conference on February 12, 1947, but his assassination along with six other Cabinet members of his Shadow Cabinet to prepare for Independence in April that year removed a charismatic and visionary leader from the political scene and the hope for a peaceful and a stable Burma. Immediately after Independence in January 1948, the country was plagued by a civil war that was about to disintegrate the country but for the material armed support from India and Britain. Today the military machine is all there is, with only the shadow of other institutions remaining.

“The book is a useful collection in the understanding of the complex and multifaceted nature of the internal conflicts in Myanmar and their external ramifications and therefore a must read for those who are specialists on the region as well as for the laymen.”
The civil war continues unending even after 63 years affecting not only the domestic politics of Myanmar but also complicates its relations with neighbouring countries. The original causes of conflict have now been subsumed by their lasting consequences. In some cases the consequences have become the cause of continuing conflicts and made the resolution of internal conflict complex and beyond the capacities of the states in which the conflict continues. There is thus a need for examining the interactions between issues of internal politics and external relations of states, particularly in South and Southeast Asia. The book under review attempts to discuss the interpenetrated quality of international relations and domestic politics. Hitherto the literature dealing with interaction has tended to concentrate on the impact of domestic politics and domestic structures of foreign policy but the arrows flow both ways. They flow from domestic structure and policy toward international relations, and also from international relations toward domestic politics and structure. The book therefore attempts to study how the arrows flow both ways from internal conflicts in Myanmar to its consequences in neighbouring countries, vice versa and how that affects Myanmar’s relations with its neighbouring countries. This approach is believed to throw new light on the relationship between internal conflicts and their external outcomes. This may in turn help show up new policy choices, towards finding a way forward to resolve the conflicts.

The book consists of an introduction and ten essays that examine the consequences of the long lasting complex and multi-layered conflict in Myanmar, which are identified as (a) conflict between the Tatmadaw (armed forces) and the democratic forces, (b) a conflict between ethnic minorities and the ruling military junta of ethnic Burmans, (c) a conflict between the ceasefire groups and other ethnic armies. Apart from these, there are innumerable related issues that had made the conflict situations even more complex and created deep distrust for the ruling establishment among its people. Two papers, that of Tin Maung Maung Than and Kerstin Duell, essentially look at the nature of conflicts in Myanmar and their trans-national consequences, and the remaining eight papers dwell on its effects on the neighbouring countries, involving country specific studies on China, India, Thailand, and Bangladesh. The last two papers, however, try to offer certain suggestions to deal with such conflicts—one through regional integration and the other through dialogues and democratic transformation.

The first paper and the most substantive one relating to the theme of the book is by Tin Maung Maung Than, himself a Burmese and a very perceptive analyst on the politics and society of Myanmar, who underlines two elements that have influenced the policies of the Tatmadaw—its self perception as the sole guardian of Burmese interest, and as a corollary, the military’s interest as the core national interest and thereby justifying its right to rule over others, as well as its response to internal threats and external ones. However, Tin feels that the military junta, under new circumstances may have to face the challenges that are the fallout of resource exploitation due to the partial opening up of the economy and the increasing demand for a role in policy making by the ethnic minorities.

The internal conflicts and their transnational consequences form the crux of Duell’s paper, which argues that the conflict in Myanmar is not just amongst various parties pitted against the military junta but also against each other. According to her, Myanmar has three overwhelming problems which have internal and external consequences—the prevalent ethnic disunity, economic under-development and the production and distribution of drugs and narcotics. This is com-pounded by lack of gover-nance in some areas, lack of human security, poor public health and thriving illicit border trade in drugs and humans leading to the existence of private warlords.

From an Indian pers-pective, two country-speci-fic studies require mention here—one by K.Yohme on Northeast India and the other by Bibhu Routray on India’s Myanmar policy. Myanmar and the North Eastern states of India viz Arunachal Pradesh, Naga-land, Manipur and Mizo-ram have direct borders and the effect of the conflict in Myanmar is widely felt within these states Yohme argues that the policy of the governments of both Myanmar and India has been to view the effect in the region from a security perspective and this has led to negative transnational consequences. The effect of the conflict, according to him, goes far beyond security concerns and affects the economic and social ethos of the region. Citing the new concept that political boundaries should no longer be seen as lines dividing land and people; instead, borderlands should be recognized as areas of connectivity. Yohme argues for greater connectivity between the North Eastern states and Myanmar. However, he also points out the negative effects, such as linkages among the armed groups creating a culture of violence and establishment of sanctuaries for insurgent groups, a parallel economy, high incidence of drug use, the rise in number of HIV-affected people in the bordering states. But then prohibiting cross border movements for social and economic activities are counterproductive, resulting in the growth of criminal and anti-social activities. Yohme argues for effective government monitoring to reduce the negative implications of cross border trade and proper identification methods along with monitoring mechanisms to reduce illegal movements. Infrastructure development in the border areas in the North Eastern states should be viewed as building strategic assets. Routray’s paper deals with the Indian approach to Myanmar through its Look East Policy, which is based on a realization by India that a comprehensive strategic dialogue to engage Myanmar covering issues of common concern was needed to set the relations between the two countries on an even keel and to offset the strategic depth that China had attained in that country through its economic and military support to the ruling junta.. India has, therefore, crafted a policy exhibiting greater patience in regime reform and not allowing internal conflicts and human rights issues to influence its dialogue with the military junta. India’s interest in the energy, hydrocarbon and power sectors is another factor that necessitated a review of its policy toward Myanmar. While India has recovered some of its lost ground in Myanmar through her new initiatives, particularly through development of infrastructures and help in capacity building, they have come too late and offer too little to match the Chinese gains in that country.

The book is a useful collection in the understanding of the complex and multifaceted nature of the internal conflicts in Myanmar and their external ramifications and therefore a must read for those who are specialists on the region as well as for the laymen.
[/ihc-hide-content]