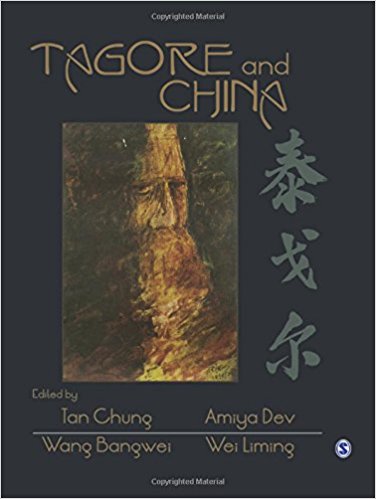 This year marked the 150th birth anniversary of the Nobel Laureate Rabindranath Tagore that also coincided with six decades of establishment of diplomatic relations between the two major and rising Asian neighbours India and China and the 90th anniversary of the founding of the Communist Parties in both these countries. The book under review by the four editors, with a collection of 21 articles and the foreword by the Indian Foreign Secretary, depict not only the significance of the above anniversaries today but also the persona of Tagore, his views on revival of the spirit of Asianism and on China, his contribution to the spread of the China studies programme in India through Tan Yunshan and others whom he had invited to set up the Cheena Bhavana at Viswa Bharati and broadly to the spread of such ideas in these countries.China is no stranger to visitors from India. In fact, Buddhist monks like Kumarajiva and Bodhiruci, traders and others visited China in the historical period.

Yet, the visit of Tagore to China still remains a significant one in terms of the context and impactas a golden bridge between the two countries in the words of Ji Xianlin, the doyen of Indian studies in China. Tagore visited China in 1924 (and briefly in 1929 to Shanghai), making a whirlwind tour and discussions at Beijing, Tianjin, Nanjing, Shanghai, Taiyuan, Jinan, Hangzhou and other places. The visit coincided, as it were, with the emerging sharp critique of the colonial and semicolonial set up in China and India, evaluation of modernism and its pitfalls, specifically the destructive potential of industrialism, materialism and war, and debates about political transformation of these societies.