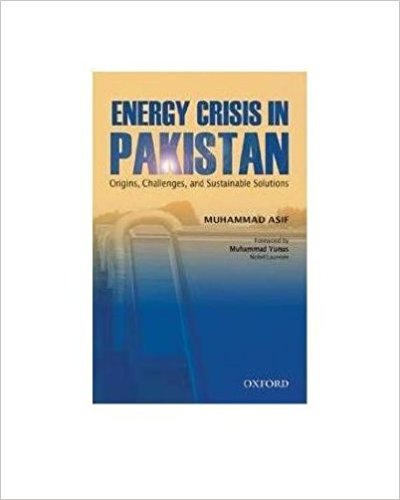 Few will disagree that the energy crisis is the least of Pakistan’s concerns at the moment. However, Pakistan’s energy access to its population has better figures to that of India (Pakistan has a Energy Development Index ranking ahead of India). Yet the problems plaguing the energy situation there is very different from India. For India, like most other countries, we can blame the usual suspects, they being, energy policies, energy imports, lack of financing, weak infrastructure and so on.

For Pakistan, one is not sure if it is the usual suspects, and it is this conundrum which has not been solved in the book. The subject and more so the country in question is very complex. The complexities of Pakistan cannot be attributed as self inflicted—it is just that it has so happened. The book leaves us with questions which will make us want to know more.

To turn to the energy conundrum in general, to quote a line from the book, ‘The unfolding geo-political landscape of the twenty-first century appears to have an even more prominent role for petroleum resources than that of the last century’. While this may not be true of the rest of the world, it is probably very true of Pakistan. It is this contradiction that the book has managed to throw up and probably not by intent. In today’s world, energy has a problem which is three pronged—a triangle. On the vertices of the triangle sit energy security, energy access and the other being occupied by climate change or sustainable energy forms. The response to this problem triangle is another triangle. On the vertices of the response triangle sit policy, science and finance.