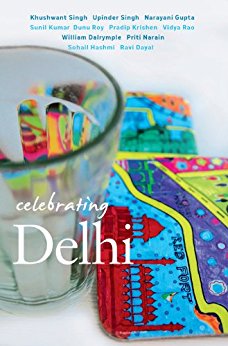 The blurb of Celebrating Delhi appropri-ately mentions that the book takes us on a journey varied and unexpected. We may add that it also infuses and inspires a deep sense of involvement and enchantment with the city through the passionate and committed writings of each author. The themes cut across pre-colonial to contemporary times whether it is a discussion on Delhis language, its cuisine, music, Sufi shrines, its toponymy, trees, its ancient past, personal memories and experiences spread over pre-partition and post-partition days and even as the city took pride in its development, its nonchalant attitude towards slums and resettlement colonies. But what I missed in this book were chapters on Delhis architecture (especially since Delhis landscape is dotted with innumerable monuments from different periods and which apart from all else define Delhis culture, its historic past, its identity) and the evolution of different architectural styles that it represents and which have been imbibed by many other cities of India; its heritage buildings, its pioneering educational institutions, its environment, its fauna and flora and the organisms that can contribute to ecological equilibrium; its huge river systemthe Jamuna (now Yamuna)that nurtured the settlements in Delhi but in our urge for development and urbanity, we have dared to render it redundant and polluted. Nonetheless, the book is indeed a commendable venture towards know your city.

Khushwant Singh in his article My Father the Builder regales us with an emotional, personal account of his family, his village Hadali, their family business and the tradition of loyalty to the British by the three generations of his family. More significant are his fond memories and recollections of his father, Sir Sobha Singh and his invaluable contributions to the making of New Delhi. Singhs fascinating account of Delhi begins from December 12, 1911 after the shift of capital from Calcutta to Delhi, wherein he talks of the origin and importance of Kingsway and Malcha village on Raisina Hill. Lutyens and Baker were two architects hired for the task and it may be worth recalling that Lutyens wife Emily was the daughter of Lord Lytton, which as Singh observes may have helped him in getting the job of planning New Delhi. Yet another personal account, with which manyboth old and youngcan identify, is the essay (A Kayasthas View of Delhi) by Ravi Dayal. While he gives us enlivening details on the Mathur families of Delhiwhere they lived, the foods that they relished, the shopping arcades and malls that they preferred, their favorite professions and their obsession and longing for shahr i.e. Shahjahanabad (those who lived here popularly referred to it as shahr), he also brings forth the character of Delhi, for instance, dhobis washing and drying clothes on the river bank or the tonga rides or the train chugging into Delhi almost hugging the walls of Lal Qila or the meandering galis of Darya Ganj and Nai Sarak or covered with soot after a walking spree in Delhi. He however laments that the cohesive, urbane combine of New and Old Delhi no longer exists and while Delhi has grown enormously it has lost its wholesomeness. The city has acquired an amorphous identity and there is no such thing as Dilliwalas any more, to the extent that even the Mathurs have stopped calling themselves Dilliwalas.