Festschrift to a Thinker and Institution Builder 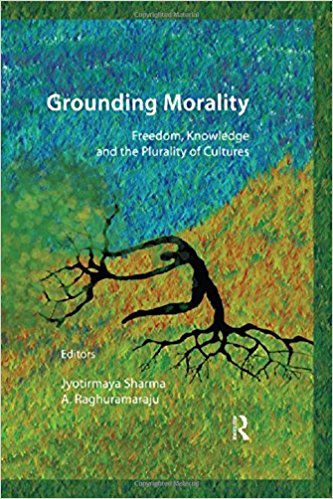 Festschrift to a Thinker and Institution Builder
Nivedita Menon
GROUNDING MORALITY: FREEDOM, KNOWLEDGE AND THE PLURALITY OF CULTURES by Jyotirmaya Sharma NA, 2010, 368 pp., 795
December 2010, volume 34, No 12

Acollection in honour of distinguished philosopher Mrinal Miri, this volume is held together less by any thematic unity, despite its title, than by the personal closeness the authors and editors (two of his former students), feel towards an undoubtedly remarkable thinker and institution builder. That such a range of thoughtful essays in critical thinking and philosophy should result from this endeavour says much about Professor Miri.

Leela Gandhi via Gandhi and Heidegger, thinks about the possibilities of a nonviolent modernity, setting up a productive conversation between nonwestern and western discourses of nonviolence; Sanil V. enters into a dark reflection on hate shot through by Medeas cold monstrous eyes; Udaya Kumar with his characteristic scholarly care, engages closely with Kants formulation of the sublime to throw light on conflictridden modernity and its surpassing.

Akeel Bilgramis distinction between the subjective and objective aspects of identity, that is, between selfidentification and identification with features attributed by others, raises the philosophical possibility of selfdeception regarding ones notion of ones self. Or at least, what he terms selfmyopia, the intriguing idea that one may sometimes simply be too deep for oneself. Which of theseaspectssubjective or objectivewe choose to emphasize will depend on considerations of autonomy and moral reasoning, thus creating a productive tension between politics and moral philosophy.