Twists And Turns Of Fate 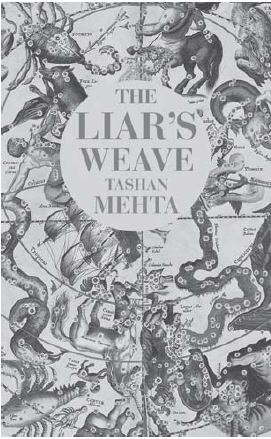 In early twentieth century Bombay Zahan Merchant is born to a couple living in the city’s Parsi colony. His is a regular birth and nothing out of the ordinary happens until he reaches age seven or so. Things start to turn with the incident of the missing blue box of Aunt Feroza, a member of the Merchant household. Zahan makes a wooden box appear as the blue coloured, missing one. Except for his elder brother Sorab, the family is relieved and happy. Though somewhat wiser than Zahan, Sorab is unable to understand how Zahan could bring the box, broken by none other than Sorab himself, back to life; or, make it appear to be the real one.

The lost and found box affair launches Tashan Mehta’s debut novel and then moves, taking along multiple men and women, places, cities, institutions, disciplines and ideologies, in a slow, if not sluggish, pace. At the heart of the novel is, of course, Zahan Merchant and his magical ability (or power as he thinks of it) to make reality. Zahan is not a trained magician and yet he can think-speak, thanks to his swelling brain, plucking throat and ‘dancing tongue’, to alter reality or the perception of it. Zahan is excited but at the same time uneasy about his unusual power, for he (which means Mehta) considers it nothing less than lying; he lies, initially, to suit himself in relatively simple matters of the school, home and neighbourhood.

The urge—and sometimes compulsion—to lie, however, grows as Zahan meets a mixed bunch of ill-destined (hatadaiva) people living as a community in the secluded forest-dwelling named, quite appropriately, Vidroha. Vidroha is stranger than the strangest of places. The forest is carnivoresque (the hatadaivas’ philosophy is: either eat or be eaten) and, as Mehta admits, also carnivalesque; killing-dying go along with frolicking-feasting. No, the ill-fated neither kill nor feast on each other. They cannot, for that would mean the end of their quest for a better niyati (destiny). Much of the book is a description, part-macabre, part-soothing, of Zahan’s out-of-the-normal-world Vidroha experience.