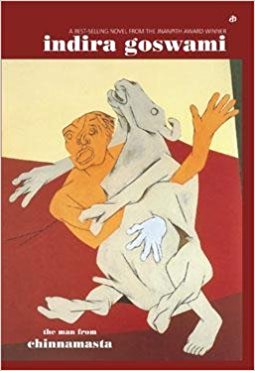 Why do we read fiction? Because we want to learn more about our- selves; because we enjoy being with people the likes of whom have inhabited this world, past and present, and with whom we can, to a certain extent, identify. Enjoyment is the ultimate goal—whether it is the enjoyment of discovering truth or, more correctly, what the writer perceives as the truth of life or even the pleasure of getting to know the mind of the writer. Even fables and parables whose chief purpose is to teach, and satire whose purpose is to correct through ridicule, gives us pleasure. But what if we come across a work which offers none of these things? Where the mind of the writer is as shrouded in mystery as those of her characters? Where only horror, stark and terrible, unqualified by any contrasting emotion, engulfs and numbs the senses? Horror that is inseparable from the view of life that the story presents. We go through the events that lead to a final catastrophe; weave our way through a complex narrative technique in which the author directs our attention and guides our expectations by how much or how little she chooses to reveal about her characters; their thoughts and emotions and the philosophy by which they live.