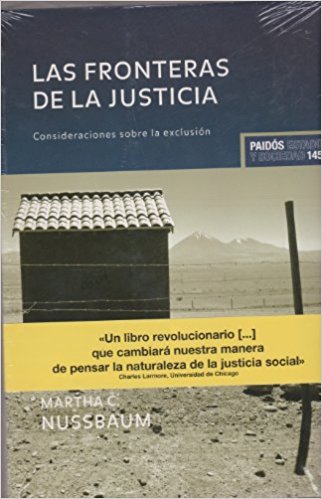 Almost four decades ago John Rawls presented liberal egalitarianism as a philosophical justification for liberal democratic states. The theoretical premises underlying a general conception of justice consisted of the distribution of all social primary goods – liberty and opportunity, income and wealth and the bases of self respect – equally unless an unequal distribution of any of these are to the advantage of the least favoured (Rawls 1971). With these premises Rawls revived a version of social contract theory that not only proposed that an underlying moral consensus is possible in plural liberal societies but that agreement on political principles shaping justice are more important than those over religious beliefs and moral ideals. Since then liberal theories of justice have been a prominent theme in political philosophy, lesser though in politics, and Martha Nussbaum’s book could be viewed as covering much familiar ground. Yet she contributes a number of key concepts including ‘care’ among others, while arguing for an alternative theory of liberal justice, the capabilities approach.

Nussbaum’s earlier writings on Quality of life (1993), Sex and Justice (1999) and Women and Human Development (2000) are greatly admired all over the world. Her work has a mixed intellectual inheritance – drawing from Aristotle, Marx, Kant and non-foundational theories of justice – and the result is very exciting; a liberal feminist position which is inflected by an awareness that great asymmetries of power, capacity and moral rationality can create an uneven pitch for the exercise of individual freedoms.