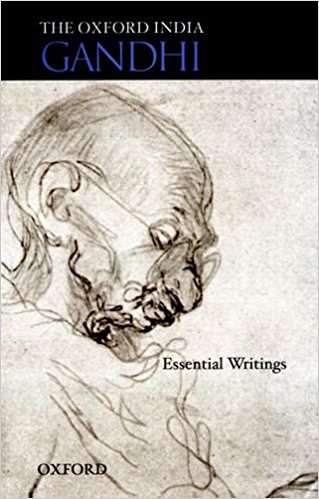 For our own sake—for the sake of humanity today and tomorrow—let us have more Gandhi. More of the living spirit, life and teachings of Mahatma Gandhi. Near the end of his life he said, ‘…I shall be alive in the grave and, what is more, speaking from it…’ (Oxford Gandhi, 649). Let us hope so. In a world beset by violence—an unprovoked war here, terrorism and murders in the name of God there—more than ever we need Gandhi. And we are given year by year, biographies and anthologies, some excellent, some less so, bringing Gandhi’s teachings and life to those open to receive such instruction. Those committed to their missions involving violence, will pass Gandhi by. But for some of those willing to listen, we have been offered a fine and useful selection from his writings presented in the form of the story of his life. Stressing the actions rather than the philosophy of Gandhi, Gopalkrishna Gandhi, a grandson, has made a most readable selection from the large Gandhi corpus.

Although prepared for a general audience, the editor (with some helpers) has taken pains to work with scholarly care. The references available in the introductions and footnotes indicate his scrupulousness and add much to the actual Gandhi texts. But there is some variation in how successful the presentation has been in different phases of Gandhi’s life.

The editor gives as one of his aims to humanize Gandhi. With a keen eye for telling details, he has largely succeeded in this endeavour. In this full and rich anthology, we have the passionate, the lustful, the selfish, the stubborn, sometimes tyrannical, sometimes naïve, and also loving and remarkable man who was Mahatma Gandhi.