Dance from the Dance 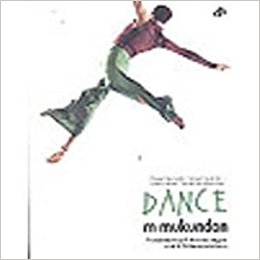 At another level the novella is a celebration of the body. The usual and boring dichotomy between ‘the body and soul’ is carefully avoided. Indeed, as Mukundan claims, the body is not just viewed as ‘the carrier of the soul but is raised to the level of the soul itself’. The master of Kalarippayattu, while training the young protagonist, would often say: ‘Dance with your body as a whole, not with your limbs alone’. And he also asserts: ‘…this body is our greatest wealth’. After the training is over, the Guru makes two pertinent remarks: ‘See that you do not ever bend before anybody’ and ‘Let your body bond and bind with sunlight and water’. The young trainee resolves to be ‘always on the move, stopping nowhere’.

Someone seemed to have remarked as to what good were roots if you could not carry them with you wherever you went. Agni, as the protagonist as he narrates his story on the internet to the narrator, carries his roots along. In the beginning he is acutely aware of the difference. To him the people of Europe appear ‘to have no doubts, no hesitation’. He thinks, ‘one reason for this is that they live in the present whereas we live in the past. Logic rules them, as surely as fancy does us’. He realizes, ‘these people leave others to their own business’ because though he could have been a clown in dress and beaviour, no one actually noticed him. He also feels, ‘one of the basic characteristics of Europe was speed’. Ultimately it is the speed his Kalarippayattu-trained body already possesses that helps him to master western choreography. He notes early in his European stay that ‘speed in execution was the basic feature of modern dance’. His patron and noted dancer Rudolf tells him, ‘Modern dance has no narrative, plot or theatricality. It depends only on the musicality of the body, its movement’. Rudolf, who has been to India and eventually picks up Agni to join his troupe located in Southern France, also remarks: ‘…you Indian dancers manifest your whole individuality in twirls, whirls and circles… Indians should find an escape from circles… if they want to become post-modern dancers’.

While the starkness and clarity of the dark body of Agni stands out, he feels ‘To appreciate black I had to borrow the eyes of the white man’. This body takes him finally to the USA. He notes, ‘The language of the dollar outshines all other languages’. By this time he comes to realize that he has another capacity, a capacity to create ‘magic’ with his body. He wonders, ‘Perhaps it is my knowledge and capacity to convert similarities into differences and differences into similarities that help me rise in life’. He does assert, ‘I was born and brought up in an ageless country’ after being told ‘America is in its prime while old age is creeping over Europe’.

He, at the end, earns the confidence to claim, ‘when I dance, I don’t see anybody except myself’. He returns to India, to his village to find that it has changed to a small consumerist community preoccupied by money and goods. He starts wondering, ‘Is it not correct to say that I have no country, but only a world? Let the world be my hearth and home. Always’. The world of the body and dance. A world across all countries, native or foreign. W.B. Yeats ends one of his great poems with the line ‘How can we know the dancer from the dance?’ In the novella we know both the dancer and dance as also the body which connects them.

The novella is very well translated. It is delightful reading.