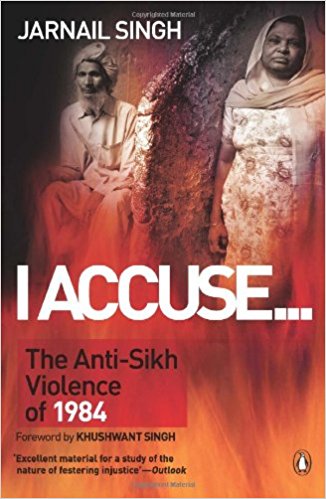 Before April 2009 the author of this volume was a little known journalist. In the run up to the Lok Sabha elections he attended a press conference given by the Minister for Home Affairs, P. Chidambaram. At the conference the author asked the minister about his views on the decision of the Congress Party to select Sajjan Kumar and Jadish Tytler—two of the main perpetrators of anti-Sikh violence in October-November 1984—as candidates for the Lok Sabha elections. When the minister replied that he was ‘happy that my friend (Jagdish Tytler) had been acquitted by the CBI’, something in Jarnail Singh snapped. Rather meekly, in contrast to the treatment meted out to George W. Bush, he hurled a shoe at the minister in protest. The incident became an instant international media event, and in the words of one Sikh community paper at the time, the ‘wheel of law, which had not turned for the past twenty-five years, was turned by a shoe travelling a distance of one and half meters’.

While Jarnail Singh vented his frustration at the Congress administration’s chicanery in protecting its own, his action threw the party’s election campaign into tailspin. Suddenly Manmohan Singh’s own credibility as the UPA’s prime ministerial candidate was on the line. In Punjab and parts of north India, especially Delhi, Congress units found themselves on the defensive, pleading with the leadership to deselect the politically damaging candidates for a fear of Sikh voter backlash. In the event, a party which had been so culpable in shielding its own for the last twenty-five years was made to backtrack and drop them as candidates not by the force of law, nor by the courageous anger of the victims, but by the national and international humiliation heeped on it by the media coverage.