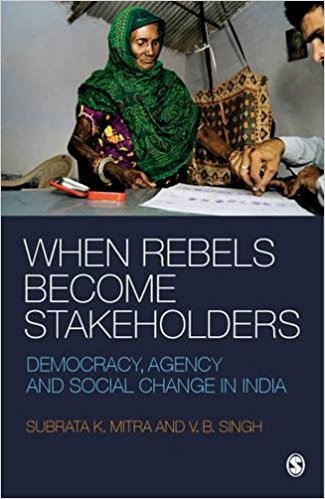 Many transitions to democracies in the Third World have been pro-tracted—evolving over the course of several elections. Although all elections have not been free and fair, however,the repetition of the electoral process even if flawed or manipulated can result in democratization. Citizens endowed with rights—one person, one vote; the right to choose betweencandidates and parties; the freedom of expression and association—build expectations and can develop stakes in the system. When Rebels Become Stakeholders explores the agencyof ordinary men and women in the making of democratic and orderly social change in India. India has achieved social revolution within the span of the six decades following Independence. During this relatively short period, the country has witnessed tumultuous changes in social hierarchy, literacy, relation of gender and power, urbanization and most importantly, in political participation of marginal social groups. This comes across as a puzzle when one surveys the experience of democratic social change in transitional societies.