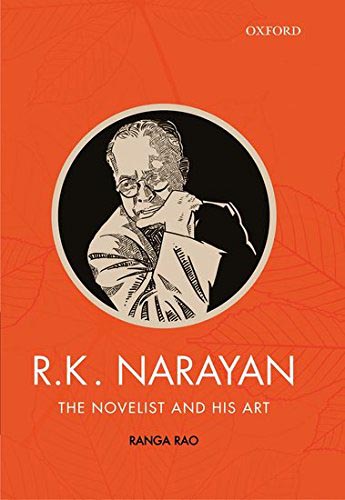 At a first glance, the title may sound old fashioned, vintage lit-crit in the genre of Life & Times or Men of Letters series. But the book opens with the freshness of a new found love that encourages a rediscovery of the self. Ranga Rao’s doctoral dissertation was on Narayan, in the sixties. Half a century later appears this fascinating book weaving the story of RKN with that of RR himself, through wisdom garnered over time, and perspectives honed by teaching. And haven’t many of us ‘grown up’ with RK Narayan’s timeless tales—played imaginary cricket in Malgudi, wept over the fate of Savitri in the Dark Room, longed for a woman like Rosie as did the guide Raju, or worried about sexuality like Jagan, the vendor of sweets? And by waving that wand of literary magic, Ranga Rao has successfully recreated R.K. Narayan’s world with insight and joy, but with an alluring modernity that makes us see Narayan’s life-wisdom all around us.

Rao’s interpretation of RKN is based on the Indian theory of the three Gunas, sattva, rajas and tamas. As Rao explains, these are personality types, the satvic is ‘gentle, mild, kindly amiable’, the rajasic is ‘haughty and arrogant’, and the tamasic is ‘angry, wicked’ (pp. 241–242). Using this formulation, which in popular belief spills into Indian food and health practices, Ranga Rao sees the characters in R.K. Narayan’s fictional world dominated by these traits and indulging in comic excesses at times.