Crafted in a Multilingual Context 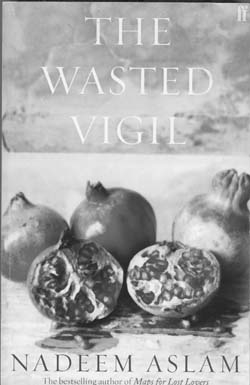 V.S. Pritchett once remarked, tongue only partly in cheek, that boredom was the great resource of the English novelist. There are many ways of understanding this remark. But in one important sense, it may be understood as the cosy Northern equivalent of the Chinese curse—may you live in interesting times. South Asian novelists are, willy-nilly, forced to live in, and certainly to write about, interesting times. Nadeem Aslam, writing about Afghanistan, may well yearn for boredom, but languorous, indolent afternoons, steeped in an undemanding sensuousness can at best be a painful memory, a horizon of longing. Meanwhile, an importunate history demands address.

Extreme societies—examples, alas, abound—demand unique creative strategies. Marquez’s ‘solution’ in Solitude was one such—before it became a mere trick in the hands of magical-realist clowns. Kundera and Coetzee—writing out of a raped Czechoslovakia and apartheid South Africa—offer examples of other strategies. It isn’t possible to write about such societies as if there is no political context, no painful history. And yet it’s all too easy to be subsumed by the politics and the history to become some kind of journalism lite, without even the discipline of documentary. Kundera’s postmodern playfulness, drifting wittily amidst the jagged, wounding wreckage of the once grand narratives is yet another strategy for saying what can only be said obliquely because anything remotely like direct utterance will be drowned in newspaper noise. Coetzee again, writing his hallucinatory, dislocated parables, embodies and then expresses the predicament of the South African novelist who, precisely in his desire to escape that implacable destiny, signals his imprisonment within it. And out of this contradictory anguish, produces a uniquely compelling aesthetic.

Afghanistan too has that same kind of clamorous, importunate, bullying, beseeching presence—like the Republic of South Africa, like ‘Central Europe’. It is one that cannot long be denied, and must be taken aboard, and yet, can only be taken aboard on the writers’ own terms. It is blindingly easy to write about Afghanistan from a place of anger. That anger may, and must, be variously directed—at the Soviet Union that blundered in hamhandedly and then murderously, albeit with its own version of good intentions; at the Americans who, again with their good intentions, created the monsters the battling of whom they are now themselves being transformed into monsters; the warlords, that unique amalgam of traditional cruelty with modern technologies of violence. And yet Nadeem Aslam’s novel, even though it is instinct with anger, comes ultimately from a place beyond anger, from a deep, distilled sadness. A brutally painful history has, like Marcus’s delicate perfumes, been rendered into an essence in which the raw stab of scent and colour, the stench of blood and shattered bone, is present all right, but via a mind that has, like Yeats’s long-legged fly, moved upon silence.