Contours of A Volatile Relationship 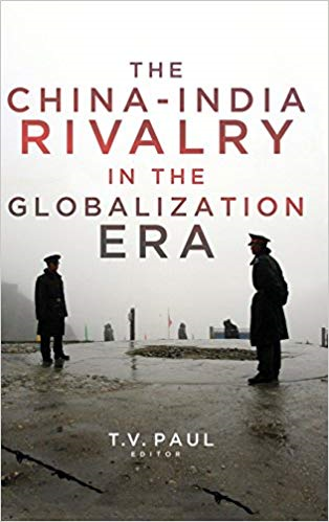 A veritable explosion in books offering China-India comparisons is a sign of the times. The two Asian giants offer strong similarities and contrasts, which belies an approximate 5-to-1 difference in the size of their economies. And it is the blend of contestation and cooperation in their relationship that intrigues researchers, in scanning the future for Asia and world affairs.

In a comprehensive introductory chapter, Professor TV Paul calls this relationship a ‘managed rivalry’, and searches for a theory that might capture ‘the dynamics of this rivalry’. He focuses on a ‘growing asymmetrical interdependence’ between China and India. He is intrigued that China’s rapid rise in the post-Cold War era did not produce a decline in its relationship with India. A short answer to that is of course the interplay of other major power relationships, and a need for each player in this dynamic, multi-dimensional global game to find its own balancing equations with other major powers, in order to maximize opportunities for itself.

Paul contrasts two dyads, China-India and India-Pakistan, declaring that unlike in the former, ‘Pakistan, the weaker party in the India-Pakistan rivalry, steadfastly opposes any economic concessions or deep interactions with India…there is no vigorous challenger in the China-India dyad, unlike in the India-Pakistan dyad…’ (pp. 5-6). In South Asia, the term ‘dyad’ is not widely used, except among academics, while it is used to describe a two-state cluster, it also implies a connection between that pair (one dictionary definition speaks of a ‘sociologically significant relationship’1).