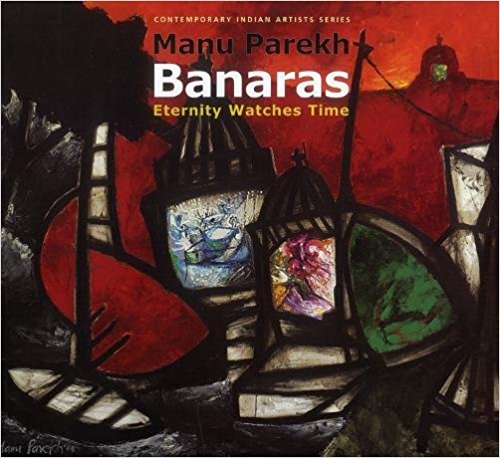 Banaras, one of the most sacred pilgrimage centres is considered among the seven holy cities since ancient time. It houses one of the twelve jyotirlinga sites and is also a shaktipithasthana. Myths and legends speak highly of the water of the Ganges which flows by it to have the power of washing away the sins of its believers. Here the Ganges meets two other rivers—the Asi and the Varana, hence the name Varanasi. Also known as Avanimukta and Kashi meaning city of luminous spirituality and supreme light, has seen 3000 years of habitation. It is also known as the Mahashamshana—the great cremation ground which ensures Moksha, the final liberation of the soul from the endless cycle of birth, death and rebirth. According to the ancient scripture Tirthalisetu ‘whatever is sacrificed, chanted, given in charity, or suffered in penance, even the smallest amount, yields fruit.’ Asceticism of a lifetime is obtained by just fasting three days in ancient Kashi. Many Hindus for this reason prefer to die or get cremated here on the ghats of Banaras.

The city always remained as the favoured hermitage site for many sages—Gautam Buddha, Mahavir, Kabir, Tulsidas, Shankaracharya, Ramanuja and Patanjali. Banaras was not just a place for pilgrimage and hermitage; it was also a great centre for music, literature, art, craft and learning. This religious capital of India is a crowded noisy and bustling city today vibrant and throbbing with life. Various activities like yoga, wrestling, chanting and rituals are being performed even today on its ghats with the same zeal as in the past. Many buildings in Banaras date from the 16th century and even earlier and to this day remain untouched by colonial urbanism.

The book Banaras, Eternity Watches Time is a collection of essays by seven writers inspired by Manu Parekh’s series of paintings depicting the city of Banaras. The book is not to be mistaken for a monograph, rather it is a collaborative work between a painter and seven writers from various domains—journalism, production, poetry, art criticism, law, and art collection.

Art here is universal and its language is common to all. Only its mode of expression and representation is as different as the authors’ creative manifestation. A painter expresses it with colour, line, form, and space, while a poet or a writer does it with words. A painting might have its limitations which can be overcome by words. Sometimes when explained through words, perceived better. Manu Parekh’s paintings on Banaras belong to the genre of landscape painting, not absolutely abstract but semi-abstract.

The strong spontaneous brush-strokes handled in an abstract mode does allow its spectators to recognize the forms, very symbolic and iconic to Banaras. The 14 paintings on which these essays are written are not critical writings on the work of the artists, rather they articulate the thematic issue, which are being expressed by the artist. The book has 139 illustrations and 14 foldouts all printed on fine glossy paper. Mapin and Lund Humphries as the publishers have made a creditable effort in promoting collaborative experiments. There are not too many texts, only short essays by contributors from various professions who are well acquainted with Manu Parekh’s paintings.

The book is the second in this series by Manu Parekh on Banaras, the first one being Banaras: Painting the Sacred City published in 2005. This work has a foreword jointly by Tanuj Berry and Saman Malik. The essays are by Aditi De, Meera Menezes, Peter Osborne, Marilyn Rushton, Jeet Thayil, Ashok Vajpeyi and Tanuj Berry. Each essay corresponds to a painting from the series and are placed thematically next to the illustration with its enlarged version in a foldout. Illustrations showing the details of each part of these paintings are placed alongside the texts making the book attractive with its 218 glossy pages, and easy for the reader to view the paintings while reading. A chronology of Manu Parekh’s exhibitions and awards complements the publication. All in all, an ideal coffee-table book.