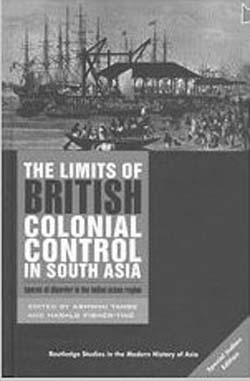 The objective of the collected essays in this volume is to expand our understanding of the colonial experience by focusing attention on relatively neglected areas of study, especially on ‘subaltern groups and actors’ who are rarely explored through the use of conventional archives. This new research shifts away from the more traditional analysis which centres on relationships between the imperial centre and the colonial periphery. In contrast, in this volume, the attention shifts to the transportation and communication networks which functioned in the Indian Ocean and which were crucial in shaping the history of the region; and, in this context, the editors argue, ‘colonial political boundaries recede into the background.’ Indian Ocean studies have been more concerned with commerce and the movement of merchant groups. Instead, these essays study the ‘underclasses’ or subaltern groups, viewed as problem populations by colonial officialdom.

The papers in the book thus concentrate on ‘itinerant figures [such] as sailors, soldiers, prostitutes, escaped convicts or pilgrims’, groups which have received less attention from historians than other subaltern groups like indentured or enslaved labour. The first part of the book concentrates on indigenous subaltern groups – South Asian sailors, generally referred to as lascars, Haj pilgrims and East African soldiers sent to Ceylon as a back-up force, whereas the essays which constitute the second part of the book give an account of groups which seriously embarrassed the colonial assertions of racial superiority over indigenous society. Over time, the general perception of the colonial ruling classes has been of a homogenous group comprising the upright administrator and the brave soldier, and the wives of these officers who showed their racial superiority by doggedly facing the inconvenience of raising a family and managing a home in an alien land and unfriendly climate. The poor, uneducated Europeans who were most often found in the main ports of India but who also had the same racial identity as the ruling classes seriously marred this picture of a superior race of rulers . The editors contend that ‘focusing on such social groups allows us to contest the assumed stability of colonial rule. The social spaces featured in this volume are those that threatened the racial, class and moral order instituted by British colonial states.’

The first paper in the book is a long paper by Ravi Ahuja on Indian sailors or lascars. Ahuja begins with an interesting point: that the British practice of distinguishing various categories of Indians – sailors as ‘lascars’, soldiers as ‘sepoys’ and labourers as ‘coolies’ – in itself ‘carried connotations of a low, subordinated status and of inferiority to “white” workers.’ The main advantage to British shipping companies in employing Indian seamen or lascars was undoubtedly the fact that they would work for lower wages than their English counterparts. They were more amenable to discipline and, further, they would accept discriminatory practices of smaller accommodation and fewer benefits, and their employment contracts further reinforced their poor bargaining power. At the analytical level, Ahuja observes that even as lascars were being incorporated into the global labour market they still remained a differentiated class, stressing the interdependence of the forces of incorporation and differentiation. He also stresses that the political control under colonialism over the sources of maritime labour recruitment were crucial in the employment and subordination of such labour. While the recruited deckhands (khalasis) were usually experienced seamen, the lascars were usually recruited from the rural hinterland of Bombay or Calcutta. They did not belong to the landless agricultural labour class, but were mostly from small landholding families with limited incomes, which were augmented by their wages. The paper gives a rich, detailed account of the networks through which the lascars were employed and controlled, from the village to the port city, and how these networks also kept out other contending groups from entering this market. The rather dense style of writing somewhat mars the readability of this paper, and one misses the fluid elegance of Amitav Ghosh who has also been writing about lascars recently (both fiction and non-fiction).