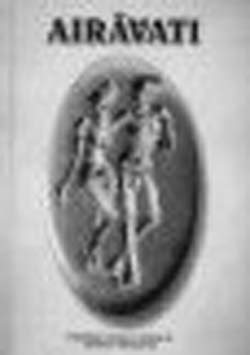 This is one time I wished I had been invited to contribute rather than being asked to do a review. In other words, one can unequivocally state that this is one festschrift volume that is richly deserved. But for Iravatham Mahadevan and a few others like R. Nagasamy, the Tamil-Brahmi script would have continued to be seen as graffiti. There is virtually no aspect of South Indian history, society and culture which he has not touched and enriched. Therefore this review needs must begin with a deep appreciation of the editorial collective which has brought together a formidable array of scholars in the field to contribute to this felicitation volume. It is entirely in keeping with the eclecticism of Mahadevan that the editorial board consists of people from very different vocations and walks of life. It will obviously be impossible for this reviewer to do justice to all the 30 odd articles in this collection. I shall therefore attempt an overarching review while highlighting some articles from each of the sections.

The sections are not held together by any thematic. Each article is unique and each is valuable. The very first article by R. Champakalakshmi traces the evolution of the Jain religious tradition in the Tamil country from the early historical to the early medieval. This extremely lucid and balanced article spatially situates the early Jaina sites which have a fairly continuous record of the evolu¬tion of the faith based largely on the Tamil¬Brahmi records thereby linking with Mahadevan’s primary area of research.

Dovetailing once again into Iravatham Mahadevan’s interest in the origin and evolution of languages and scripts are the next few articles-a. ‘The Creation of Pallava Grantha Tamil Script’ by Michael Lockwood; b. Asko Parpola’s ‘Is the Indus Script, Indeed Not a Writing System’ and c. George Posssehl’s ~ Akkadian Translator of the Meluhhan Language’ (Meluhha being the Akkadian name for the Indus civilization). Lockwood’s masterly tracking of the Grantha script and the articles by Parpola and Possehl on the Indus language and script are by renowned specialists who have been dialoguing with the subject of this festschrift over this issue for long years. Parpola joins issue with Steve Farmer, Richard Sproat and Michael Witze1(1) who interpret the Indus seals as politico-religious signs and symbols rather than as a decipherable script. His arguments support the many articles on the Indus script by Iravatham Mahadevan (see pp. 421-22 as well as pp. 461-488). ‘The Classification of Indus Texts’ by Bryan Well,s, which in my opinion is incongruously placed as essay numer 16, deserves to be brought into this section since it connects with this theme in vital ways.