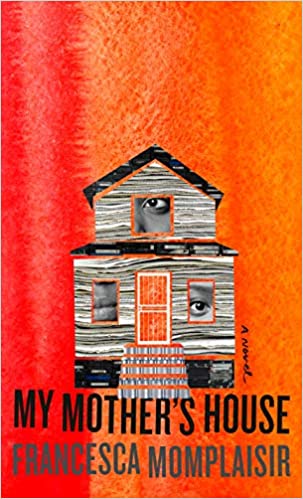 This cracker of a debut novel opens with a house on fire—La Kay, a house that is one of the protagonists, a sentient house, that is actually attempting to commit suicide. The house has had enough of its ‘owner’ Lucien, an immigrant from Haiti who had moved into it with his wife Marie-Ange and their daughters decades earlier. The house had suffered in silence for years and now has its revenge as it tries to drown out the voice of the owner who tries to get the attention of the firefighters because his children are caught inside— ‘“Hep! Difé! My sheeldren!” His accent protruded like a boil through taut skin’ (p. 5).  But his children are long gone from the house and his life and his wife is dead. So, who are the children still inside? But there had been enough ambiguity in the very first paragraph for you to think this is more than a delusional man for after all La Kay is described as a ‘two-story (three, if you counted the basement), one-family (two, again, if the basement was included) House’.

Lucien and Marie-Ange and most of the people in the neighbourhood are from Haiti, refugees from terror. They are part of the minority that everyone abhors, the new people trying to get into and settle in the promised land, the coloured minority that takes the attention away even from the suffering of generations of previous minorities. Just adding their names and individual histories to that of the collective history of exploitation and oppression and racism that had given the USA its position in the world as the promised land, as the land of plenty.