Presenting Colonial Knowledge with a Difference 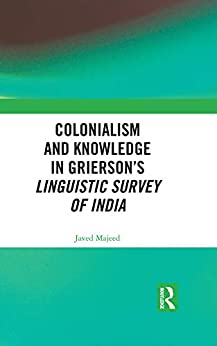 Whether or not it is correct to term George Abraham Grierson’s 21-volume Linguistic Survey of India (produced over more than three decades: 1894-1927) ‘monumental’ is a query that Majeed’s set of two volumes seems to propose as key for studying the nature of this influential work. On the one hand, the sheer scale of the effort: 723 South Asian linguistic varieties covered and lexical and grammatical information for 268 major varieties; coupled with the impact on both subsequent scholarship and census practices, seem to support the description. On the other, Majeed complicates the narrative by illustrating in detail elements of the Survey and of Grierson’s stated positions, that suggest difficulty of collation, uncertainty of fact and provisionality of knowledge.  Despite Grierson’s essentially conservative and pro-empire politics and the Survey’s visible commitment to aiding the practicalities of colonial governance, in the first volume Majeed foregrounds aspects of Grierson’s personal location and of the very operations of the Survey that appear to destabilize the ‘language of colonial power and command’ as an adequate analytic frame.

These complicating elements that Majeed’s argument draws attention to in the first volume include the following. First, the Survey’s demi-official rather than purely official workings, Grierson’s loose relationship with the colonial state machinery and his high (and often tentative) dependence on personal relations with the colonial officials at local levels who were entrusted with collecting and labelling language samples in the field is broached.