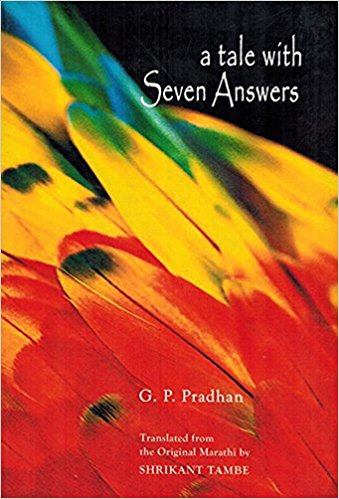 Ganesh Prabhakar Pradhan (1922-2010) wrote the first draft of the book under review during a term of imprisonment of eighteen months during the Emergency in 1975 (he completed it in 1979). This was not the first time he had been sent to jail for his political convictions. During the Quit India movement he was imprisoned in Yerwada jail for eleven months. He was an impassioned, idealist socialist politician, a litterateur, a professor of English literature for years at Fergusson College in Pune, and he had, as this book shows, the capacity to take a brilliant, crystal-clear, distanced gaze at politics, instead of merely remaining mired in the conflicts that so often divide upholders of different political beliefs. This reviewer has not encountered a book quite like this one before: a book that shows seven men from what we would today call Maharashtra, with seven different political ideologies, talking amongst themselves as friends, through a period that begins with the Quit India Movement, and ends with the death of Jayaprakash Narayan. As the title itself indicates, Pradhan believes that each point of view and each ideology is a search for a different plot or story, with a different posited answer for India’s path towards emancipation. This book is thus a veritable compendium of richness: for social history, for the history of literature, for the representation of politics and power, and indeed, in the largest sense, for India’s history from the 1940s onwards. We are grateful to Shrikant Tambe and the National Book Trust for producing and bringing out this translation.