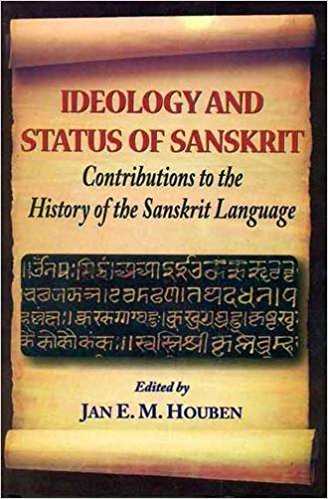 A Socio-Linguistic Study
A.N.D. Haksar
IDEOLOGY AND STATUS OF SANSKRIT: CONTRIBUTIONS TO THE HISTORY OF THE SANSKRIT LANGUAGE by J.E.M. Houben Motilal Banarasidass, 2013, 499 pp., 795
January 2013, volume 1, No 1

The book reviewed here has the sub-title ‘Contributions to the History of the Sanskrit Language’. A word about its own history may also be appropriate. It was first published in The Netherlands in 1996, the outcome of a scholarly seminar in that country two years earlier. Its publication in the mother country of Sanskrit only after a further interval of sixteen years is a pointer to the extent of modern Indian interest in the ancient language. So too is the provenance of the experts whose seminar contributions form the bulk of this volume.

Most of the eighteen contributors are western scholars of Sanskrit. Only four are of Indian origin, and of them three are from western universities. The sole Indian contributor from India, Saroja Bhate, gives an interesting account of Sanskrit studies in this country during the last two centuries.