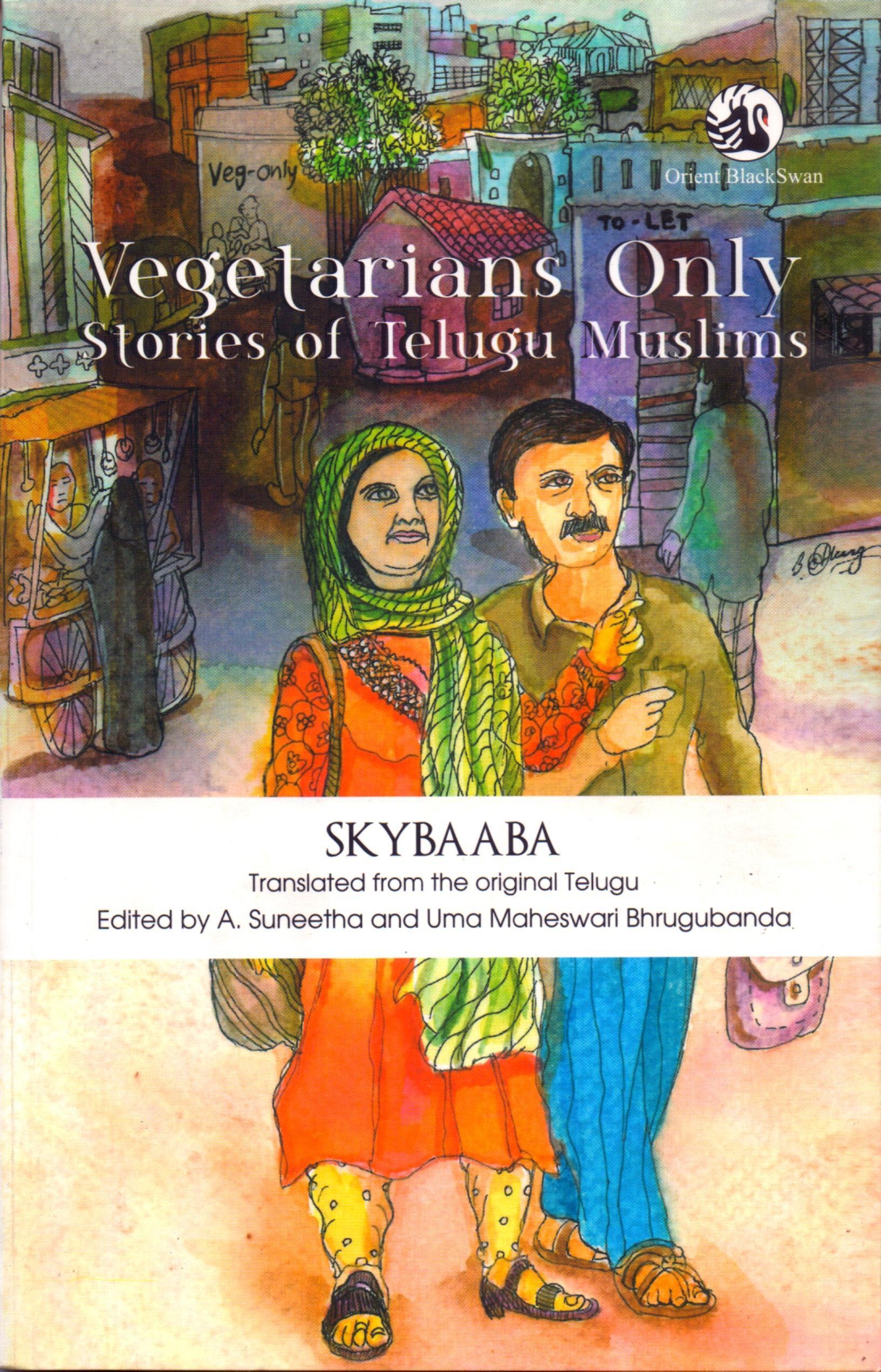 Over the past few decades theme based writing with focus on situations and communities have seen the light. So Partition stories, Tsunami stories, women’s writings, dalit stories and so on made their way into the market. We have also had a number of films based on these lines. We have seen films where the stories revolved round Muslim families like Anarkali, Taj Mahal, Nikah, Mere Mahboob and so on where the audience is introduced to gorgeous interiors of rich, aristocratic Muslim households with a lot of romantic aura. Vegetarians Only is a collection of twelve stories that depict lives of Muslims in and around Hyderabad. But these stories are nothing like what we were fed by the romantic films. If there is romance it is a limited and cautious romance as in ‘Romance in 1424’ ‘Hijri’ and ‘Urs’. They are stories of poverty stricken, miserable men and women of Telugu Muslim community and their compulsions. In fact, as the author says, the characters are ‘live characters’, people you encounter in your daily life.

The collection has twelve stories involving seven translators. The all pervading theme across the stories is poverty, want and losing sleep worrying over the question of making ends meet. ‘Sheer Khorma’ is a touching story of a young man and his great disappointment in life. The first story ‘Jani Begum’ tells us about a fiery girl with rebellious notions about purdah and what marriage does to her spirit. ‘Homeland’ is a thought-provoking story where the young generation is attracted to western countries and settling down there. The story raises a debatable issue of Muslims moving to the Gulf countries out of compulsion, and ‘The Dying Flame’ and ‘Nowhere to Turn’ depict the often witnessed tragic consequences of such trips to earn money.