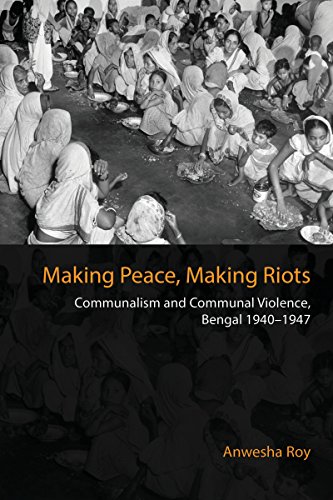 The author, Anwesha Roy, analyses the events of a turbulent phase of Indian politics in six chapters based upon an extensive range of sources that include confidential letters and reports like that of the Report of the Dacca Riots Enquiry Committee in the Home Political Proceedings and files, Police Records, Intelligence Branch records from the West Bengal State Archives and the National Archives of India, New Delhi. The Legislative, Political and Judicial records in the India Office Records, British Library, London, and the Gazetteers, Census, Legislative Assembly Proceedings, The Indian Annual Register, and varied newspapers like Amrita Bazar Patrika, Dawn, Hindusthan Standard, People’s Age, People’s War, The Statesman, The Indian Express, have also been used. Thus, Roy fulfills in earnest the first criterion of a comprehensive historical work.

In fact, Roy’s work is also commendable as far as the historian’s craft of interpretation of the sources is concerned. This is evident in the first chapter itself which is an in-depth narration of the socio-economic and political events and circumstances that led to the riots preceding the Dacca Riot in 1926 and 1930 as well as these two riots themselves. The author focuses on the intersections of the caste, community and class compositions of the rioters in the Dacca Riot of 1941.

The Great Depression, the consequent collapse of the jute market and the rural credit system had contributed to the riots of 1930 in which poor Muslims attacked primarily the properties of the Hindu moneylenders. However, the nature of these attacks changed to rapes, forced conversion, loot and arson by the Dacca Riot of 1941, argues Roy.The author very meticulously weaves in the politics of Krishak Samitis in the 1930s, the beginnings of the Krishak Praja Party (KPP), elections of 1937, the Bengal Tenancy Amendment Act of 1938, the twenty-first session of the All Indian Hindu Mahasabha and the Bengal Moneylenders Act of 1940 and their contribution to the rise of communalism which culminates in the Riot of 1941.