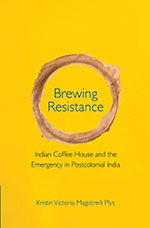 In the last couple of years, a fairly large number of accounts ranging from popular pieces to research-based scholarship, of the Indian Emergency have appeared in the public domain. The book under review is the latest addition to the fast-expanding repertoire of Emergency writings. The Emergency, which Plys aptly calls the ‘particular totalitarian moment’, reconfigured forever, among others, the postcolonial political (and socio-economic) landscape of India. Imposed by Prime Minister Indira Gandhi-led Congress in 1975, the Emergency was effective–thanks to the PM’s lackeys and her wayward, roguish son Sanjay Gandhi–until 1977. And indeed, as we are aware, it has bequeathed a legacy that is dark and deeply disturbing. Not surprisingly therefore, we continue to be in a state of permanent dismay and shock over that forty-six years old act of unprecedented audacity and magnitude. Viewed in this context, it is quite understandable why Plys made the Emergency the subject of her doctoral thesis and eventually published it as a book.

However, the lasting sense of shock gets slightly attenuated when we are told, as Plys does, that the Indian public certainly did not give in to the Emergency diktats without a fight. Of the various movements and fronts which questioned and protested that act of sheer intimidation was the Indian Coffee House (ICH) movement. In this book Plys demonstrates how despite the limited scope of ‘contentious [radical, alternative] politics’ in repressive times (1975-77), ‘certain autonomous spaces preserve the [progressive] spirit [and agenda] of [Indian] national liberation [from colonialism], which then animates movements against the postcolonial authoritarian state’ (p. 17). The ICH movement (1975-76), by carrying forward the legacy of the string of social protests of late 1960s and 1970s, emerges, writes Plys, as an important site of resistance against state-led political authoritarianism of the kind represented by the Emergency. Admittedly, the contribution of the ICH movement towards ‘the [post-Emergency] restoration of democracy in India’ is significant, but sadly this link had gone unnoticed until now. Indeed, Plys deserves credit for opening our eyes to this incredible connection between café-going-coffee drinkers and combat-for-a-cause.