Class and Its Dynamism 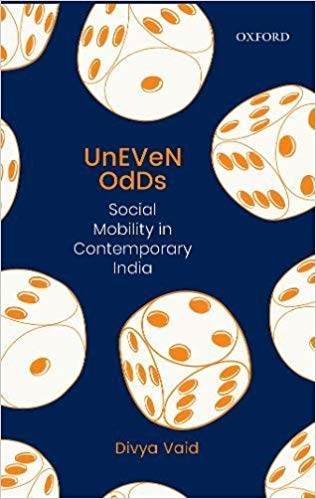 The importance of a book on social mobility in India can hardly be over-emphasized when nearly three decades of economic reforms are to be completed. A crucial premise of ‘economic liberalization’ was that deregulation of various aspects of the economy would create new opportunities, which were hitherto chained by the nexus of the traditional capitalists with the bureaucracy on one hand and government monopolies in certain areas apparently restricting dynamism on the other. A study of movement across social classes and its constraints therefore serves to fill a crucial gap in the assessment of reforms and changes brought about therein.Using a eleven-class framework spanning the population in both rural and urban areas and data from the National Election Study surveys, the author finds that the overall Indian population demonstrates significant ‘stability’ as far as cross-class movements are concerned since the nineties. This is attributed to the slow pace of structural change that India has witnessed even during the period of economic reforms. Particularly, in case of rural classes, the degree of mobility is low, which demonstrates the constraints that still operate on the urbanization process. An inclusion of people falling into unemployment, important for rural women during the period of study, can possibly also return negative figures for the upward-downward mobility ratios. At the same time, the greater class mobility among urban cohorts of the population indicate the dynamism that exists within the urban economy, even if it is not enough to trigger a faster structural transformation of rural India.

This finding throws light on the nature of the macro-economic growth process that India has witnessed under economic reforms. Economic growth led by service sectors like information technology, finance, insurance and real estate, some of these generating growth through speculation, created opportunities primarily in urban areas and for a certain kind of high-skilled workforce. Expectedly, the author also finds that education plays a major role in upward mobility during this period. Without higher and professional education, the entry into these sectors can primarily be at low-paying jobs and does not lead to any structural change in the social-class position, even though it may cause a lot of rural-urban migration.

The major change in employment status in rural India during the last couple of decades has been from agriculture and associated activities to the construction sector. This has also happened in the context of a widespread and persistent agrarian distress, though uneven in nature. The rural construction sector, in fact, has accommodated nearly all movement of people out of agriculture after 2004. The rural construction sector being based more on low technology and of an informal nature, did not create jobs which could transcend people into a different class, though may give higher wages than what a crisis-ridden agriculture can provide. More recent evidence of falling value-added per worker seems to point out that the construction sector may have already become saturated in its capacity to absorb more people. And more social stability in rural areas may be in the offing.