A Timely Tryst with a Thorny Issue 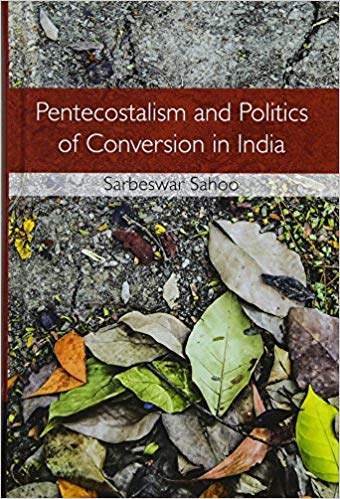 A Timely Tryst with a Thorny Issue
Valson Thampu
PENTECOSTALISM AND POLITICS OF CONVERSION IN INDIA by Sarbeswar Sahoo Cambridge University Press, 2019, 205 pp., 595
January 2019, volume 43, No 1

Sarbeswar Sahoo’s Pentecostalism and Politics of Conversion in India is a significant study of one of the most sensitive issues in the politics of religion in India. Barring the limitation that usually goes with ethnographic studies—the exclusive focus on a limited location in studying what is a pan-Indian issue—this book is a must read for those interested in knowing the truth about conversion and re-conversion in India.

The author is neither an apologist for Christianity nor a camp follower of Hindu nationalism. He is an objective academic and a thoroughbred researcher, who brings methodological soundness, knowledge of ground realities and intellectual objectivity to bear on his analyses and conclusions, which merit attention for those very reasons.
Sahoo sets out to study in the tribal belt of Rajasthan, in the wake of an earlier attempt to understand ‘the changing relationships between state and civil society’ since globalization and liberalization, ‘the politics of Pentecostal conversion and anti-Christian violence in India’. The present study is richer from the author’s antecedent involvement in this region, which implies a prolonged exposure to the context and nuances of the issue addressed. The conclusions arrived at are significant for the reason that they do not stem either from Christian apologetics seeking to legitimize conversion and Hindu nationalist propaganda aimed at discrediting it. In the very nature of things, the voice of a third-party adjudicator in this deeply polarized and violently politicized discourse deserves to be welcomed.

Pentecostalism is viewed with suspicion even by mainstream churches—Catholics and Protestants. Reading Sahoo, I realize that this is at least in part due to ignorance! The gulf between perceptions and ground realities is a theme that comes to the surface every now and then in this study. The strength of Sahoo’s treatment stems from the case-studies and narratives he presents, as is seen most strikingly foregrounding the perspective and experience of tribal women vis-à-vis conversion.