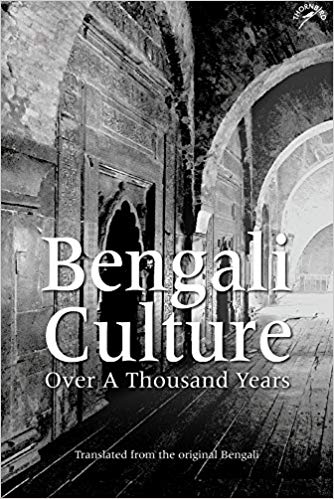 Authored, translated and about to be reviewed by a Bengali (a curious coincidence, indeed), this book by Ghulam Murshid, a well-known Britain based academic of Bangladeshi origin, is yet another addition to the large corpus of writings on the Bengalis. It offers, as Murshid says, ‘a general idea of Bengali culture’. But this thousand years old culture has neither been uniform nor unchanging; all cultures, for that matter, show exactly the same traits. The fragmented and ever evolving character of Bengali society and culture is undoubtedly true, but then so is the existence of a set of features which binds the Bengalis together. Differences notwithstanding, ‘it is the shared characteristics that give Bengali culture its distinctiveness.’Murshid writes: ‘Bengali culture belongs to the land where people speak in the Bengali language’. In fact, Bengali culture begins, for Murshid, ‘when a language called Bengali came into being and a region came to identified as “Bengal”.’ The centrality accorded by Murshid to the Bengali language and Bengali geography, however, does not reflect sufficiently in the book; of the total of fourteen chapters, just one is on Bengali language and literature, and geography is addressed in the seventeen pages introductory one. This book, of course, is about an entire culture and for the general reading public. Perhaps that is the reason Murshid keeps the treatment of the individual cultural themes—far too many, we must say—rather restricted.

Murshid embarked on this project in the early years of the last decade while working on a BBC commission on Bengali culture. He realized, to his surprise, that ‘there was no reliable, informative book on the various aspects of Bengali culture.’ History of Bengal published by professional historians—there are far too many to be mentioned here—was available alright, but most of it happened to be partisan, and hence partial; such works were either only about Hindus or Muslims. Murshid, for reasons not known to us, chooses not to offer any discussion on these communal accounts. We wish he had done so, for that would buttress his own argument about the possibility of writing an unbiased cultural history of the Bengalis. Murshid selects only those aspects of Bengali culture which are products of the Bengali ‘assimilative’ (sic) and ‘syncretic’ traditions.