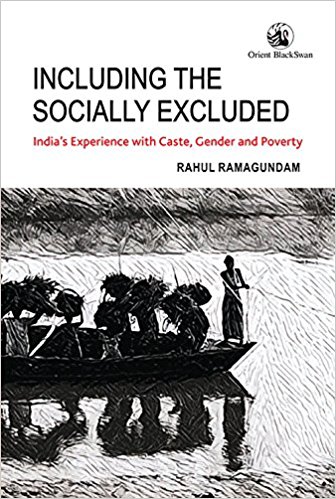 Rahul Ramagundam teaches at the Centre for the Study of Social Exclusion and Inclusive Policy, Jamia Millia Islamia, New Delhi. His book, Including the Socially Excluded: India’s Experience with Caste, Gender and Poverty explores the politics around the issues of Poverty and Exclusion. Some chapters are updated versions of articles published in various journals and publications, while others are based on studies conducted in the field by the author mostly in the Gaya region of Bihar, said to be among the poorest districts in the country. He attempts

also to locate some of the possible solutions to the exclusion-induced poverty which is endemic to the region, including ashram schools which offer a viable alternative to the wretched conditions of the government school system in the area with poor infrastructure and demoralized teachers, who were also dogged by Naxal activities including the shutting down of schools run by governments and NGOs.