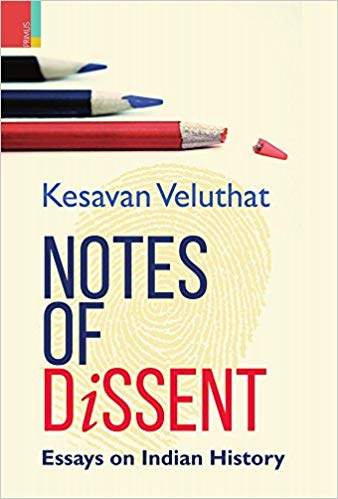 The volume under review is an anthology of essays which moves away from the ways in which several themes and issues in Indian history, especially south Indian history, have usually been approached and viewed. Refreshingly, south India has continuously been located within an all-India perspective, and the interactions and change through time have been succinctly presented. Temporally, the work spans the period from the mid first millennium BCE to the early modern times. It is fondly dedicated to Kesavan’s teacher, Professor Romila Thapar.

The Mauryan presence in south India has been aptly problematized. The effort has been to read the evidence afresh in the larger context of the changing perspective of the Mauryan state and society in recent decades. The author starting from his familiarity with the Ashokan inscriptions in south India, particularly Karnataka, proceeds to examine the archaeological evidence for the Mauryan times at some of these sites, and also makes effective use of the relevant portions in the Arthasastra. Flowing from the fact that the Karnataka versions of the Minor Rock Edicts were more elaborate than their counterparts found elsewhere, suggesting that it was necessitated by the less comprehensive nature of the region’s integration with the Mauryan Empire, Kesavan proceeds to unravel the significance of the Sannathi fragmentary inscription. The presence of parts of Major Rock Edicts XII and XIV and the conspicuous absence of MRE XIII, as in the case of the Separate Rock Edicts found in Kalinga, it is believed, suggests that the region around Sannathi, like Kalinga, was a part of a separate and recent conquest by Ashoka.