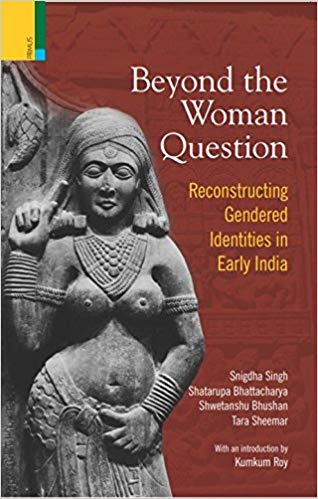 It is intriguing that often when referring to the past, there is a certainty with which assertions are sometimes made—the more distant the past, the more assertive the claims (particularly so in recent times in the context of Ancient India). In reality, one can only be tentative and hesitant about ancient constructs, historians can merely venture to make suggestions related to what particular sources indicate and underline the problems and constraints while working with those sources while drawing attention to contrary opinions within individual sources and how they may allow for varied interpretations. The book under review attempts this by exploring diverse sources, ‘inscriptional and visual as well as normative and narrative texts’ and showing that ‘gender identities were not monolithic’. The book reinforces the relevance of gender studies by probing different ways in which various social categories can be identified and the manner in which they are presented in epigraphs and texts. Tracing such representations helps in opening up questions related to the discursive nature of power and control over resources and throws light on the resultant social complexities prevalent in these early societies.

The work is a welcome addition to the extremely relevant and varied historiography that is emerging in social histories relating to ancient India. However, not all of it has the same engagement with the sources. Taking the bull by its horns, Kumkum Roy, in her incisive and illuminating Introduction shows us how gender studies is moving forward but also how some  notions relating to women in ancient India are still perpetuated amongst certain groups of scholars. While drawing attention to this, she brings the reader up to date with historiography on gender studies in Ancient India in the past two decades, taking up where she left off in her edited volume, Women in Early Indian Societies (1999), which brought together disparate historians who had written on women related issues—AS Altekar, DD Kosambi, Sukumari Bhattacharji, NN Bhattacharya were included along with Uma Chakravarti, who in a brilliantly argued article showed why one should move ‘Beyond the Altekerian paradigm’.