Changing Nature of the Indian State 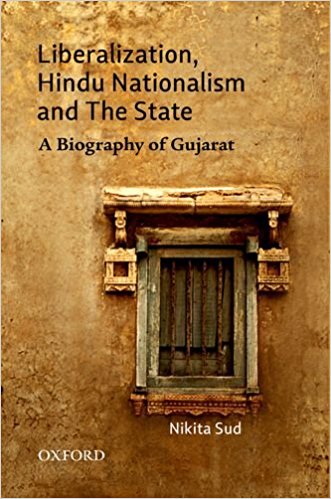 The nature of the relationship between economic liberalization, of expansion of economic opportunities and liberal poli-tical culture is the subject of this study. Nikita Sud has chosen to study this large question through a political, economic and social bio-graphy of modern Gujarat, a State and society where this relationship has been unfolding in most interesting ways. Gujarat today sees itself as a vehicle of progress and ever expanding economic opportunities. It officially describes itself as ‘Vibrant’ and ‘Swarnim’ (golden). Its political and social discourse is dominated by the idea of development. Gujarat sees itself as the future of India, repeatedly compares itself with or makes aspirational announcements of being like Japan, Singapore and even parts of China. And yet at the same time it has a history of communal and caste violence, a State wherein the sex ratios becomes adverse with each suc-cessive census, a State where ‘unnatural deaths’ of women have reached frightening proportions in the last three decades.

Gujarat is also the society where the politics of Hindutva was and continues to be experimented upon; it has been described as a ‘laboratory’. (And some laboratories are violent spaces, where vivisection takes place for the purported greater good of all.) Is there a relationship between Gujarat’s liberalizing urge in the sphere of political economy and its embracing of a political culture that is amnesic about its violent tendencies?