Cameos On a Broad Canvas 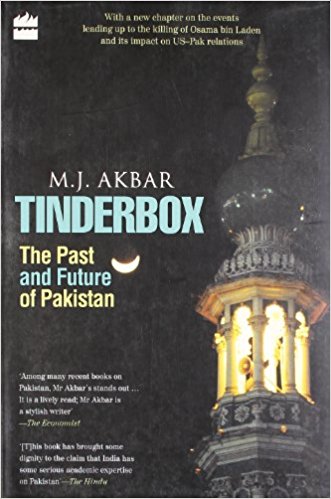 Pakistan has occupied a great deal of India’s attention from the time it emerged in 1947. The Muslim League’s demand for parity with the Congress has transmuted into Pakistan’s desire for parity with India, and it may be argued that the north India centric Indian establishment, and media, have contributed to this aspiration by the importance it has traditionally accorded our western neighbour, at the expense of indifference towards others. Indians look at Pakistan through the prism of Indo-Pakistani relations and, Akbar’s book is also woven around this framework. The book is divided into three broadly equal segments: From the advent of Islam to the formal end of the Mughal empire; an account of events and developments till 1947 and, lastly, the evolution of Pakistan till now. The early Arab/Turkic raids into India and subsequent rule from Delhi are catalogued with the Mughals receiving due attention.

The emphasis on (most ) of the rulers making little or no distinction between their subjects on the basis of religion is valid and timely. References in India to the destruction of temples or images usually fall into two categories: one is a state of semi-denial (as popular with ‘secular’ historians and analysts) and the other vengeful recall (as demonstrated at Ayodhya). What is required is to see these events in the context of the times. So seen, Turkic-Mughal rule in India was infinitely more balanced in dealing with subject peoples than in any contemporary Christian kingdom of the times.