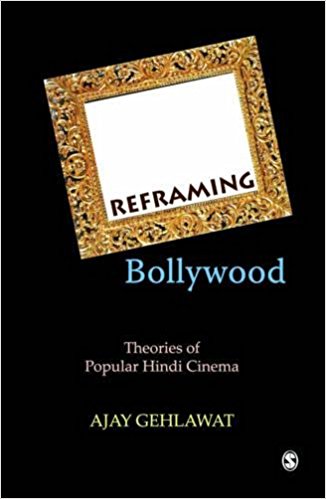 At the outset, it would perhaps be apt to say that in order to locate the origin of a theory in the larger universe of an existing, living, dynamic realm of identification, construction, and production of culture in the form of moving images, film in other words, it becomes increasingly necessary to substantively define or describe the nomenclature ascribed to the industry that produces mainstream, popular films in Hindi. The popular Hindi film industry, or Bollywood, a moniker that brings together the place of production—Bombay or Mumbai-and the nature of cinema produced—often described as formula-based or masala productions—that depend on strait-jacketed storylines and characterizations. Reframing Bollywood: Theories of Popular Hindi Cinema attempts, from the introductory chapter itself, to put forth a comprehensive and susbstantive definition of the term Bollywood and its production. The fact that the Bombay film industry is now being viewed as an important site for the production of cultural artefacts with worldwide influence, especially on the Hindi-Urdu-Hindustani-speaking communities, not only located in South Asia, but across the world, places the focal lens squarely on the existing theories that govern the modes of production as well as the nature, conscience, and the impact of the product, which, in this case are films.

Gehlawat in his book refers to the almost two dozen theories that have emerged over the last few decades and their corresponding theorists who attempt to categorically deconstruct the term Bollywood and provide a standard definition of this relatively newly constituted field of cultural production. While theorists, such as Ranjani Mazumdar and Wimal Dissanayake resist the temptation of designating Bollywood cinema as ‘India’s na-tional cinema’ (Mazumdar 2007; Dissanayake 2003)1, it does emerge from the writings of others such as S. Gopal and S. Moorti that the Hindi film industry is unquestionably nationally dominant2. Some see it as a trivializing, pejorative, and dismissive term, exemplified by the fact that till recently, scholarship on Bollywood was considered an academic non-entity as Bollywood itself was relegated to a B-grade sphere.