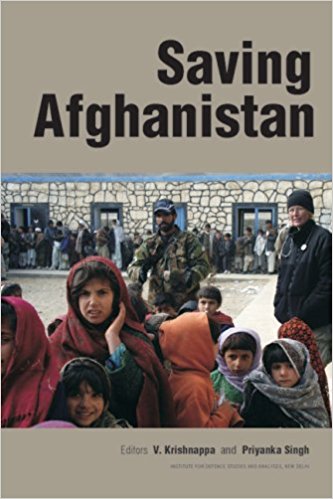 Beyond the Headlines
K.P. Fabian
SAVING AFGHANISTAN by V. Krishnappa Academic Foundation in Association with the Institute for Defence Studies, 2010, 174 pp., 595
February 2010, volume 36, No 2

The very title shows the self-confidence and optimism of the editors, and also, of most of the scholars who have contributed to the volume. Such self-confidence and optimism are sadly lacking among decision-makers. Of course, the decision-makers, including the US President Obama, have good reasons for lacking in optimism. The Pentagon finds it difficult to spare the troops asked for by General McChrystal. Nor is there enough money to spend on Afghanistan. A growing number of competent observers in the US and elsewhere are coming to the conclusion that it is an unwinnable war, and, perhaps, unnecessary too. Shades of Vietnam are looming larger and larger. Public support is plummeting. Obama’s recently announced decision to send 33,000 troops with an indication to start pulling out by July 2011 shows the dilemma he is facing. What one expects of scholars is to take the reader beyond the headlines and the media-created impressions of the day.

In the present case, the reader would have expected the scholars to raise and seek answers to fundamental questions such as:
•Was the US-led war on Afghanistan a necessary one?
•Why did Bush decline to negotiate with the Taliban government in Kabul when they asked for proof of Osama bin Laden’s involvement in 9/11?