SEEDS OF TERROR: THE TALIBAN, THE ISI AND THE NEW OPIUM WARS 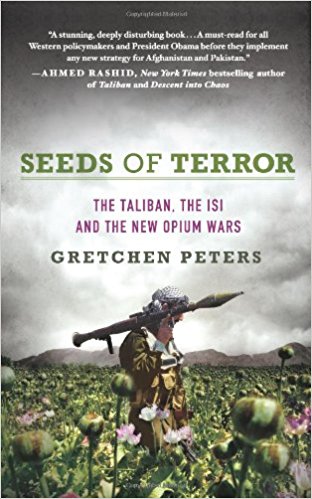 The search for a final theory of everything is an enduring, if not always endearing, part of human endeavour. If that search is successful it should yield explanations for all that we see around us, natural phenomena of course, but also human behaviour, the way societies function, national and international events and developments. Such an endeavour would distil universal truths from all the rather confused and chaotic happenings around us; then we could go to the deeper truths behind them and keep on pushing back the historical chain until we come to the ultimate starting point, the first axiom of the final theory of everything. The Milesians in ancient Greece sought the ultimate constituent of matter just as today we send giant telescopes into space, put sophisticated instruments onto spacecraft to measure the cosmic background radiation and search for the precise sequence of events by which the big bang led to the formation of stars and galaxies. It’s all going to go into that final theory, whenever that may be found.There is, of course, the other side of the picture, in which the flight of a butterfly in China causes hurricanes in the Gulf of Mexico, so that most of what happens around us is pretty random. There are several theories about that too.

On the whole, however, the event sequences and simplicities of theories of everything have been more intellectually appealing. They have many more adherents, attract vastly more funding for experimentation and, in fact, probably make for better reading. So we have history books that go back thousands of years looking for final explanations for progress and civilization; politics that find the ultimate answers in democratic norms; and one point explanations for current problems, such as the one which we all face in Afghanistan.