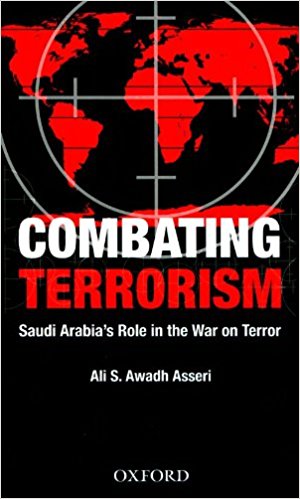 It can be inferred from the author’s profile on the dust jacket that he is bassador in Lebanon, he has earlier been the Saudi kingdom’s ambassador to Pakistan between 2001 and 2009. His earlier career was in the police prior to his moving to appointments in which he looked after the security of Saudi diplomatic assets. With an increase in the threat and incidence of terror, this background as an ‘insider’ no doubt placed him at a vantage point for authoring the book. The book can be taken as reflecting the official Saudi perspective on the issue of terrorism. This is evident from the author’s acknowledgement that he is indebted to the Assistant to the Minister of Interior for Security Affairs, Prince Naif, for ‘guidance’, ‘material’ and ‘numerous meetings’ (p. xii).

Asseri’s attempt, in his words, is an articulation of ‘an alternative Saudi or Muslim perspective’ on ‘various conceptual and contextual issues relating to terrorism’. It is interesting that he does so without a mention of Wahabbism or the context of absence of democracy in his country.

In the first four chapters, the author discusses terrorism in theory and practice, the Islamic perspective on terror and root causes. He ably counters a view, originating in Islamophobic sections of the West and purveyed by the western media, on the ‘Islamic’ roots of contemporary terrorism. He distinguishes between the Islamic concept of Jihad and its appropriation by Islamists for their own political and ideological purposes. This distinction is important. However, there is a tendency towards extremism inherent in a narrow reading of Islam such as is the Saudi backed Wahabbi interpretation. This version of Islam lends itself to terror, as is seen from the perpetration of terror by its adherents both in Arabia and elsewhere.