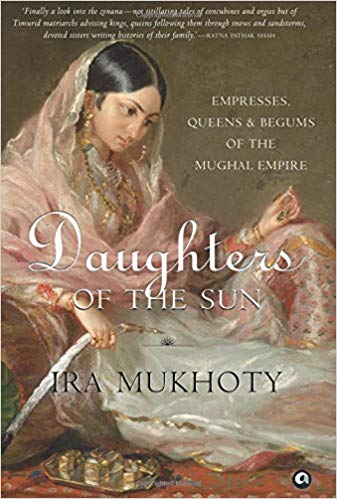 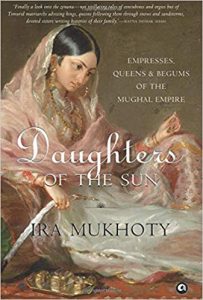 Critical of the notion of ‘oriental harem’, Mukhoty says that it was a creation of the Europeans, ‘a lurid and sometimes fantastical mix of bazaar gossip, stray gleanings of fact and sexual fantasy’. Even as the Europeans interacted with the Mughal court, they had no physical or cultural access to the zenana despite their yearnings. In the absence of the knowledge of Persian and Turki, they could barely understand this ‘beguiling world’ except through an interpreter. A royal woman’s power or influence was beyond their comprehension, which they invariably attributed to the political weakness of the emperor or incest. Fascinated by the idea of a private space for royal Mughal women, they indulged, as Mukhoty says, in ‘some truly fervid leaps of imagination’ when trying to narrate that ‘forbidden world’–the Mughal harem. These images were ironically adopted not only by the western audiences but also the Indian ones. Challenging the chimera creation of the Europeans as a mere fantasy, Mukhoty suggests that the zenana was an ‘industrious, carefully calibrated and orchestrated world’, characterized by warmth and companionship, complicity and understanding, excellence and skills. It was far removed from, as Mrs. Meer Hassan Ali described the ‘claustrophobic, sexually charged harem of popular imagination’. Mrs. Ali was an Englishwoman married to an Indian who lived in a Muslim nobleman’s household for twelve years in the nineteenth century. John Fryer, too, a physician with the East India Company was amazed by the mundane and industrious environment of the zenana which he accidentally happened to spy upon when the curtain that separated him from his patients suddenly fell.

Several accounts on Mughal women and the haraman are available. Of these, a prominent one, extensively used by Mukhoty is Gulbadan Begum’s Humayun-Nama. It would perhaps not be entirely correct to say, as the author claims, that the chronicle is ‘almost never used’. Ruby Lal’s research alone provides copious evidence of the intensive use of Gulbadan’s works. Gulbadan Begum’s account is rare and unique for the details that it provides on Mughal women and the haraman—whether it was the turbulent relationship between Humayun and his first wife, Bega Begum, or a feisty Hamida Banu Begum or Humayun’s persistent opium-eating habits. The narratives of Gulbadan Begum and that of Jauhar Aftabchi thus provide a very different view and vision of the haraman than what the Europeans may have perceived. Recreating the lives of Mughal women on the basis of Humayun-Nama, Mukhoty tells us, that in the haraman, purdah was cursory; there were no limitations on a woman’s freedom, the matriarchs were committed to their public roles and even if wives like Bega Begum had volatile relationships with their husbands, they remained loyal custodians of Mughal legacy. In other words, contrary to the European oriental idea, the zenana was not a sexual space and neither were the women sexually available to the emperor. It was a ‘raucous place filled with camaraderie, disagreements, hurt feelings, song and laughter’.

It was with the accession of Akbar that the ‘public’ and the ‘private’ became defined and the royal harem emerged as a separate, sequestered space for imperial women. It was considered discourteous and inappropriate to mention a Mughal woman by her name. She was hidden behind the anonymity of grand titles like Maryam Makani for Hamida Banu Begum and Maryam-us-Zamani for Harkha Bai (Akbar’s wife and Jahangir’s mother). Abu’l Fazl, Akbar’s biographer, described the royal women as ‘pillars of chastity’ or ‘cupolas of chastity’ or the ‘chaste women’ of the zenana. Yet there were imperial women like Maryam-us-Zamani who gave themselves a formidable ‘public’ profile. She blossomed as a wealthy business woman, who owned her own ships and traded in the pirate-infested waters in the sixteenth century. Abd-al-Qadir Badauni’s chronicle Muntakhab-ut-Tawarikh is invaluable for its information on the royal women, particularly the Rajput women of Akbar’s time. Though critical of Akbar’s matrimonial relations with them, upset by the diverse non-Islamic influences—religious, marriage rituals, food, clothing—that they brought to the Mughal court, his account is significant for it takes the reader beyond Abu’l Fazl’s characterization of ‘pillars of chastity’ and presents them as Mukhoty observes, ‘real’ living women—a part of the ‘boisterous community’ of the zenana. The harem during Akbar’s reign comprised not only his wives but also his anagas or milk mothers, of whom Maham Anaga was eminently powerful, politically astute and ambitious, trusted immensely by the emperor. In addition, the zenana was a place for the widows of the emperor’s generals, relatives from other countries who sought asylum in the Mughal court, elderly matriarchs, widowed step-mothers, unmarried relatives, servants, entourage that accompanied his Rajput wives, children, attendants and tradeswomen. With composition such as this, the harem emerged, Mukhoty says, as a sanctuary in the real sense of the term as being ‘a place of worship, the sanctum sanctorum, where the committing of sin is forbidden (haram).’

The zenana continued to unfold and change under the patronage of diverse groups of women. The two Mughal wives, who wielded enormous power, were Nur Jahan and Mumtaz Mahal. Mukhoty challenges the depiction of Nur Jahan as scheming or manipulative and describes her as a talented, influential, powerful woman, rejecting further the popularly held belief that Jahangir was helpless, debased and in sexual thrall of his wife. The author investigates the life of Mumtaz Mahal but finds that she was perhaps the most elusive of all the Mughal women, hidden behind her several pregnancies and children and the glory and magnificence of her husband, Emperor Shah Jahan. Other Mughal women, daughters in particular like Jahanara, Zeb-un-Nisa and Zeenat-un-Nisa were culturally and politically remarkably predominant. Jahanara and Zeb-un-Nisa were poets; Jahanara wrote Sufi treatises too and contributed to Mughal architectural splendour while Zeenat-un-Nisa was proclaimed the Padshah Begum and head of Aurangzeb’s zenana during his long stay in the Deccan.

This book, valuable for its multitudinous approach that focuses on the constantly evolving harem and its dynamism, does not prescribe to the usual format of a history text and neither is it a tale of romance of Mughal women. It attempts to construct real, living royal Mughal women surrounded by mundane, pragmatic situations and complex calculations. It is an ode to imperial Mughal women, an endeavour, as Mukhoty observes, to bring them out of the ‘deep well of misremembrance’, ‘cold waters of prejudice’ and ‘endlessly biased recordings’ so that they could once again walk in the ‘sunlit glory’ which they believed would always be theirs. Grasping and interesting, coherent and simply written with exquisite coloured plates, the book takes its reader beyond the exotic notion of the harem or the haraman.

Meena Bhargava is Associate Professor in the Department of History, Indraprastha College for Women, University of Delhi, Delhi.