A Self-Help Book On Relationships 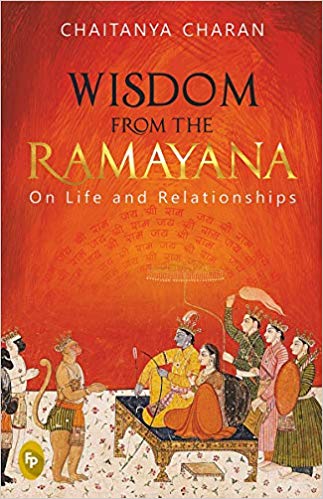 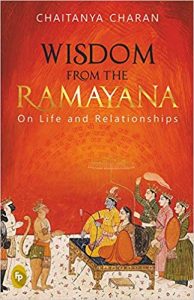 No matter how old you are, if you are from India, you can probably recall the first time you heard the story of Rama. The memory could be your grandmother’s voice in a room lit only by a lamp, or a book such as Rajagopalachari’s rendition or the pictures in the Amar Chitra Katha or the televised version. Every Indian household has children who have grown up on the telling of the Ramayana. Even at the first telling we knew it was more than a story—it had the power to inspire, ennoble and instruct. More important, it stayed with us and became part of us. Everyone has his or her own favourite episode or character.

To those with a Humanities background, the idea of many tellings of the Ramayana has never been better captured than in Ramanujan’s essay ‘Three Hundred Ramayanas: Five Examples and Three Thoughts on Translation’ which starts with the memorable lines, ‘How many Ramayanas? Three hundred? Three thousand?’ The epic is indeed one that means different things to different people. Every one of us has his favourite character or event in this glorious epic. Lest we forget, the spell of the Ramayana is not restricted to India but has its versions in many South East Asian countries. Its appeal is universal.

The premise of Chaitanya Charan’s book Wisdom from the Ramayana: On Life and Relationships is that there can be no greater source of inspiration than the life of Rama. The book seeks to help the reader improve his relationships (and his life) with learnings  from the Ramayana.

The author begins by setting the context of the teaching. Rama is of course Vishnu in human form descended for the express purpose of ending Ravana’s atrocities. He is unaware of his divinity though. Rama is human and subject to the moral forces of his milieu, and is influenced by his relationships with others. The reader can therefore, identify with the characters of the epic.

Each chapter narrates an incident, analyses what the characters did right and what they could have done differently and concludes with some points on improving relationships. The author relates each story to different aspects of relationships—trust and openness, open communication, understanding the motives of others, being non-judgemental and so on. Performance of one’s duty and belief in something greater than oneself are the two pillars of improving relationships suggested in almost all the chapters. Of the many approaches to the divine, the author emphasizes time and again the importance of bhakti. This is explained as worship purely for the love of the Lord and not worship in expectation of rewards or solutions to problems.

Nineteen incidents from the epic are chosen to highlight difficulties in relationships common to all of us. Events such as the Manthara/Kaikeyi nexus (harmful advice, improper motives and fear of loss of power and position); Sugriva and Vaali (the lack of communication and understanding); Rama’s acceptance of Shabari’s gift (understanding of intention) and Vibhishana’s desire to do the right, conflicting with his loyalty to his brother, are explained so that the reader is forced to look at relationships in a new light.

The solutions appear as truisms. This is inevitable; after all, we know the answers—how to change our behaviour is the dilemma. The author’s approach is to link the intellectual understanding to an emotion that will drive change.

However, most readers have some prior knowledge and understanding of the epic. Consequently they have preconceived notions and explanations for the motives of the characters. That apart, as with life, contradictions abound not just in the stories but in ourselves as well. When does compassion become weakness? When does faith in one’s beliefs become an inflexible point of view? These, and many other questions do not have simple answers.

Another interesting issue covered in this book is the eternal question of fate. Is our behaviour pre-ordained or is it something we can decide?  The author uses the example of a game of cards—we have no choice over the cards we are dealt, but how we play them is under our control. The same analogy can be found in S Radhakrishnan’s illuminating introduction to his commentaries on the Bhagavad Gita written for the common reader.

How emotions sway the behaviour of characters in the Ramayana and how they find a solution by dedicating their prayers to the Lord is the common theme of these stories. Surprisingly, the author does not quote one of the famous verses of the Gita that deals with Kama and Krodha (3.37) though he does mention verses from the Gita—all of which deal with Bhakti Yoga.

The most controversial parts of the Ramayana—Rama’s slaying of Vaali and his treatment of Sita at the end of the war are explained deftly by the author. The slaying of Vaali is shown as the hand of fate with Rama’s friendship with Sugriva being foreordained. The trial by fire of Sita is explained by elaborating on the context.

Some interpretations may invite further debate. The author argues that emotional attachment can lead one astray if the object of attachment is himself guilty of improper conduct. The example is Karna’s emotional attachment to Duryodhana. And yet Karna is also an example of one who remained loyal to Duryodhana out of a sense of duty—even when he is brought face to face with the truth of his birth.

The book’s major limitation is that the approach to relationships is purely at a transactional level. There is little or no attempt to steer the reader towards self-examination in the areas of motives, values, concept of self, etc.

Despite these limitations the book is useful and will help readers who approach the topic with an open mind. The challenge of managing  relationships is accurately captured in a quote attributed to the American philosopher and psychologist William James: ‘When two people meet there are six people present. There is each man as he sees himself, each man as the other person sees him and each man as he really is.’

Life is complex, indeed. But human nature does not change. This timeless epic captures patterns of behaviour that are familiar even today and its teachings are relevant and contemporary. Truly has it been said: no telling of the Ramayana is ever wasted.

Ravi Menon retired from the Union Bank of India as General Manager (Training) in the year 2011. He has conducted Leadership training programmes for corporates, training institutions and banks including a bank in sub-Saharan Africa. His articles have appeared in The Hindu, New Indian Express and The Wire.