Bengal at the Time of the Revolt 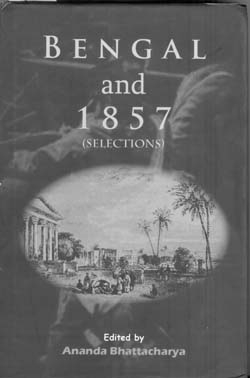 It is generally assumed that Bengal, and eastern and north-eastern India generally, remained unaffected by the anti-colonial struggle of 1857-58. Recent research on the subject has indicated that such an assumption is erroneous. The struggle had an all-India spread and Bengal was no exception. Ananda Bhattacharya has compiled some useful source material by way of introducing and attracting, one supposes, prospective researchers to what is by and large an unexplored field. This slim volume contains an assortment of documents and research papers, most of them published earlier, which tell us something about the situation in the region at the time of the revolt.

Amar Farooqui is with the Department of History, University of Delhi, Delhi.